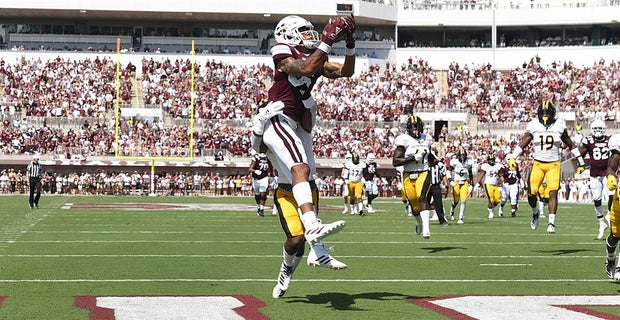 Following a year full of drops, poorly run routes, and bad WR play for Mississippi State a season ago, it looks as if they finally have a number one target at WR. It’s not Stephen Guidry, former top ranked JUCO WR. It’s not Isaiah Zuber, the Kansas State grad transfer. The number one target for Tommy Stevens this season has been none other than former 3-star WR Osirus Mitchell.

Mitchell was a late signing for Mississippi State back in 2016, he didn’t sign until June of that year. He played in 5 games as a redshirt freshman, totaling 5 catches for 51 yards under former head coach Dan Mullen. The following year, Mitchell had a lot of growing pains. In what was likely the most important game of the year last season, vs Florida, Mitchell dropped a pass that would have changed the outcome of the game. Despite that game and the inconsistencies of the Mississippi State passing game, Mitchell still totaled 26 catches for 427 yards and 4 touchdowns.

Fast forward to this week’s game vs Kentucky, the 6’5″ redshirt junior is halfway to last season’s production total in just 3 weeks. Through 3 games this season, Mitchell has 13 catches for 207 yards and 3 touchdowns. As it has been stated countless times in the last year, Joe Moorhead’s offense thrives off explosive plays down field so it can open up the run game. Whether it was QB play, lack of separation, or the many dropped passes, the Bulldog offense lacked that a season ago. Fortunately for Bulldog fans that isn’t the case this season, thanks to Osirus Mitchell and QB Tommy Stevens. Mitchell’s improvement has allowed the Mississippi State offense to run the ball without having to face stacked defenses, which also allows guys like Osirus and other WRs to get one on one battles on the outside. If not for the emergence of Osirus Mitchell, there’s no telling where this offense might be heading into Saturday’s game with Kentucky. Safe to say, outside of Kylin Hill and Tommy Stevens, Mitchell is the most important player on offense for Mississippi State.