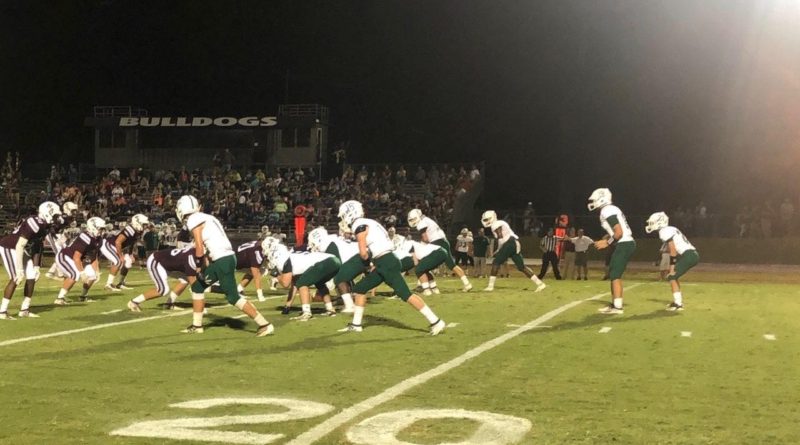 Following a series of unsportsmanlike conduct penalties, including a scuffle between teams, the Mooreville at New Albany contest ended when Mooreville left the field of play prior to the game ending.

With 8 minutes to play, Mooreville was flagged for unsportsmanlike conduct. After the conclusion of the play and the penalty, Mooreville left the field of play.

New Albany was leading 38-7 at the time.

There were multiple penalties and ejections in the game.

The status of the players ejected from the game and the Mooreville team for next week are not clear at this time.