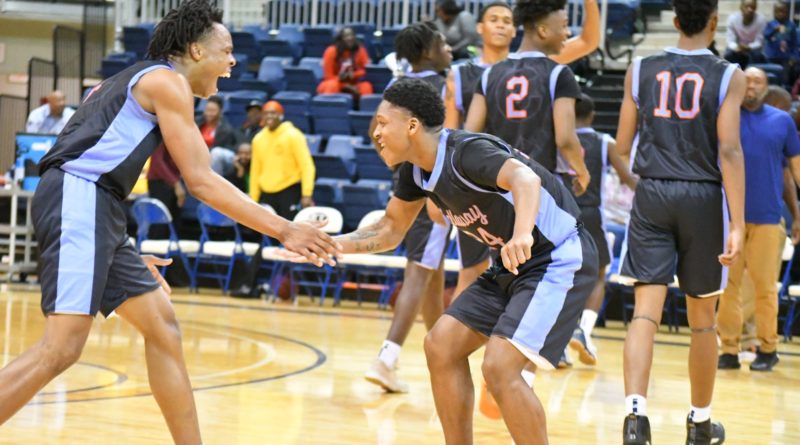 Callaway is back in familiar territory after advancing in the state quarterfinals with a big win over Holmes County Central.

The Chargers got a bucket as the first half ended to take a 40-30 lead. They carried that momentum into the second half, outscoring Holmes 24-6 in the period on their way to a 76-50 victory.

Callaway, the state’s top ranked team according to MaxPreps, flexed their basketball muscles to start the second half. They executed their trapping defense and blitzkreig fast offense to near perfection, rattling off a 14-0 run at one point. Kendarius Buckley connected on a trio of three pointers as he poured in 13 in the third.

Bukcley led with 21. Daeshun Ruffin put up 19, mostly at the free throw line where he was 10-12 on the night. Keivion Hunt added 11. Holmes was led by Quashon Rowe with 21.

Callaway moves on to take on Wingfield Tuesday at the Coliseum. Tip-off is set for 8:30 pm.