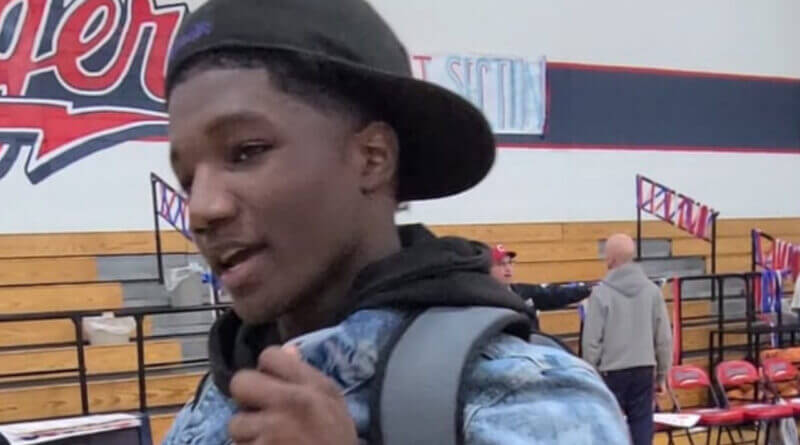 ACKERMAN — “We needed more effort, hustle and want to,” said Coach Hollingsworth after Trell (Kentrell Anders) caught up with him after the game. The Charleston Tigers started out flat in their 52-45 victory over Choctaw Co Chargers, but Deondre Riley put them on their back and they found a way to win the game. Riley finished the game with 19 points

The first few minutes of the game it was very competitive. Both teams started out with tough defense and contested shots resulting in blocks on both ends. Then it shifted.

It was shaping up to be an easy win for the Chargers. Caleb Cunningham was racking up points early and the fans were excited about it. It was a big game in 2A and neither team wanted to go home.

Going into halftime the Chargers were in control of the game. Cunningham had 14 points and the Tigers were hanging their head. Their fans were upset by a few calls and it seems the guys had just gave up. However I don’t think they drove over an hour away just to lay down.

The second half started out VERY exciting. Both teams were hitting shots, but the Tigers were regaining some ground on the Chargers. “I told my guys keep your head on straight. Their body language going into the locker room at Halftime was like we already lost the game!” Coach Hollingsworth was determined not to let his team lose tonight.

You could tell to begin the game the Tigers weren’t focused. Their players were seeming to let some calls from the refs bother them. As we stated earlier the body language was very negative. Their communication on the court was low. They had a lot of call for traveling that were accurate. Unnecessary fouls were getting them in trouble as well. However, it seemed they turned it all around in the second half.

Charleston played great defense all game. Every point the Chargers scored they earned. Defending wasn’t their problem tonight so once they settled in on offense they were fine.

The Chargers came out the same way they did in the first half. Very fast and playing great defense. Their players were moving the ball just as good as they were in the first. Caleb Cunningham had a big dunk with a little under three minutes left in the 3rd quarter that had the whole gym in a frenzy. The score was 32-27 then.

Charleston answered very fast after that. They tied the game with a buzzer beater three at the end of the third. It was 32 all and the Tigers were finding their groove.

“We played soft in the second half. I had guys who laid down on me that haven’t done that all year,” said Coach Chris Petitt after the game. He wasn’t too happy after his team gave up the ten point lead they had at half-time.

The Chargers just lost their thump in the 4th quarter. They weren’t playing the same tight defense and rebounding the ball the same way they were in the 1st quarter. It didn’t start out to be a game to end by more than a two or three point deficit.

“I told my teammates one play at a time. We got this. We just gotta keep working,” is what Deondre had to say about his team’s second half performance. It’s obvious they listened cause they turned it all the way in the 4th quarter.

“We stopped them from getting second chance points in the second half!”

Coach Hollingsworth was very calm and collective with a ten point loss at half-time. He wasn’t worried about losing, but he knew he needed to make some changes if Charleston was going to win this game.

Charleston will go on to face Northside next Saturday at 7pm.