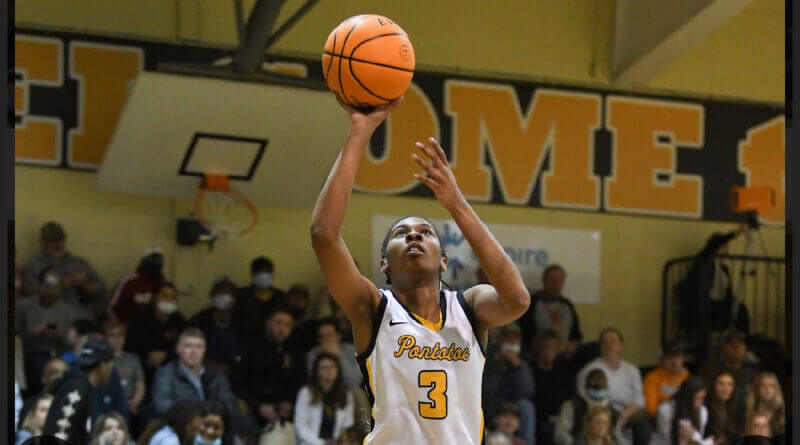 Pontotoc, MS – Pontotoc began their round two matchup on a 22-0 run and never looked back en route to a 58-22 victory.

The defending 4A state champions hosted Kosciusko on Friday night. The Lady Warriors were dominant on defense in the full court and the half court. The first quarter was a 14-0 shutout that ended with a Molly Sansing three pointer.

Jamyia Bowen, a 6’2” senior, led a big second period for the home team. She has great length and has learned how to use it very effectively. Behind her play, the Lady Warriors took a 33-6 lead to halftime. Bowen and Samya Brooks are a difficult matchup for any team inside.

Pontotoc continued to roll in the second half, giving many players valuable minutes, and completing the 58-22 win. They are now 29-3.

Coach Kyle Heard spoke to his team’s unselfishness as a key in tonight’s game:

“When we have a collective effort on offense and don’t care who scores, we can be very good. They slowed us down inside and we had a big night at the three point line, led by Molly Sansing.”

My Game Ball goes to Jamyia Bowen. She finished the game with eight points, 12 rebounds, and 23 blocks. Yes, you read that correctly, 23 blocks. And she did it in less than three quarters of play.

Senior point guard Allie Beckley had 10 points and seven assists. She is a terrific player and may be the most underrated guard in the area over the last couple of seasons.

Pontotoc gets solid production from their role players as well. Molly Sansing had 19 points on five three pointers. Riley Stanford is a good effort player who took three charges.

KEY TO THE GAME

The Pontotoc defense put this game away early.

“I felt like we had our best defensive effort of the season. Everyone was locked in with the plan and executed it near perfectly.”

The Lady Warriors have won 24 games in a row, with their last loss coming on December 3.

Pontotoc will host Tishomingo County next Friday night in a much anticipated showdown.  The winner will go to Jackson.