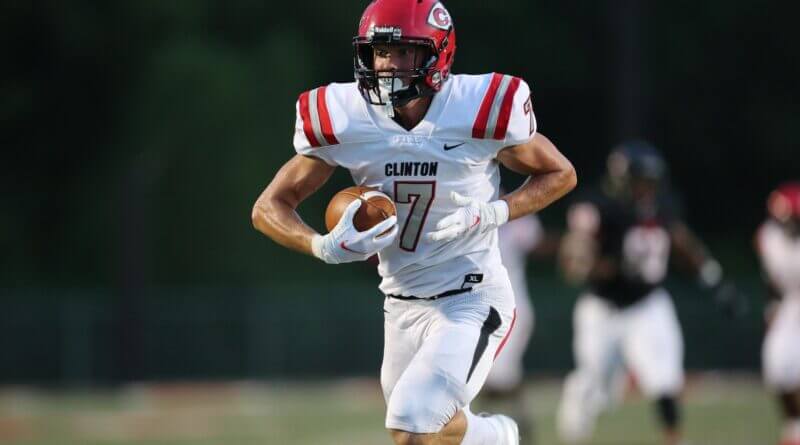 It’s been a trying year. Teams around Class 6A are having to drop like flies at the worst possible times. As stated before, the show must go on. Assuming that all these teams will do their job off the field and in the classroom, here’s what I expect from these playoff teams this week.

Nobody wins the third quarter like the Chargers. Nobody. Often have they trailed going into halftime, and just like that, they hit you in the mouth early and win the game. The defending 6A champions have won 22 straight games and are the most well-coached bunch arguably in the entire state. They don’t put up big or great numbers on either side of the ball, but they get it done. Of course, no one executes special teams like Oxford. It’s what did the trick in most of their wins this year. Defensively, they give up yards, but don’t break or give up long drives very often. It may be hard to believe, but their best opponent all year will line up against them Friday.

Nobody has Oxford’s number like Anthony Hart, back to his days at Lafayette and even a few years ago with a 35-3 playoff thumping. As inconsistent as Madison Central has been this year, they continue to play solid defense. Quarterback play has to come through Friday. If he does just enough and the defense continues to eat, an upset is very much a possibility.

This will be a low scoring affair. Two defensive coordinators that are brothers will have a field day. I’ll bet on Eric Robertson buying Stan Robertson’s lunch next week.

Who doesn’t like a regular season rematch? I’m sure Ricky Woods and those Tigers from Batesville welcome this one with open arms. They didn’t play well, but still did just enough to win 14-13. The way South Panola has played in recent weeks, especially with their backs against the wall most of the time, expect more fight out of them this time around. Dee Perteet was a huge culprit on the ground in South Panola’s uphill postseason battle. Even with a sophomore quarterback in David Hubbard, they have the biggest, baddest receiver in 6A with Cam Wright. A young defense will be key in some dangerous playmakers on the other sideline.

Hernando is back in the playoffs after a rough three-year drought. The reason? Zach Wilcke and that offense. On paper, they’re off and on. But they have the potential to make something happen every play. They gave the two teams that finished above them fits, including a win against Tupelo. Do they have the horses that matchup with South Panola. I don’t think so.

South Panola may have a week’s rust and Hernando finishing the season a little off tune, but I don’t think the former will come back to bite them (no pun intended).

Ask any coach from Region 2 last year and they’ll tell you that it was coming eventually. Clinton is back. In a region that saw shake up after shake up, Clinton took care of business last week to win their first region crown since 2016. Remember the last time they won the region and made the playoffs? Oh yes, a state championship. Caleb Miller has proven himself, so has Carsson DeYoung. They won arguably the best region in 6A, a five game winning streak in that stretch made sure of that. They’re playing their best football right now.

Horn Lake still plays like a Horn Lake team usually does. They’re scrappy and play as hard as you’d want to see. When they play defense, they have as good of a shot as anyone to win. If not, it’ll be a long night.

I don’t like those odds against the Region 2 champs. Try again next year.

I’m looking forward to a trip to the “Flood Zone” this Friday. I’m also eager to see how Tupelo responds to having the Region 1 crown in their grasp, only for special teams to hurt them at the worst possible time. Tupelo is peaking at just the right time. Ty Hardin is having his team play their best in recent weeks. Jake Weir is quarterbacking with a good deal of confidence as of late. Defensively, they had a great game plan last week and should do the same thing this time around.

The absolute last team you want to overlook is Warren Central. They’ll embarrass you if you do. Remember 2017? When the Vikings humiliated undefeated Tupelo in their own backyard as a four seed? Fast forward to 2020, Warren Central was rolling early on, but a stumble to Clinton and heartbreaker two weeks later to South Panola. Kendrick Thompson is the main catalyst. They have playmakers in both the front seven and secondary. Like South Panola, they also had the week off last week. They’ll have to return to speed in a hurry.

The Golden Wave gave Oxford all they wanted while Warren Central had just as much of a chance to host as anybody in Region 2. Because of the week off and Tupelo’s momentum, roll wave roll. PICK: Tupelo 20, Warren Central 14

The Warriors are back, and by golly they’re angry.

After falling short twice in their own backyard, including the most brutal one being last season at the hands of Oxford, Oak Grove is primed for another state championship run. They’re not the consensus No. 1 ranked team in the state for no reason. They’re 9-0 and averaging nearly 50 points a game, you know. Kabe Barnett has a lot to do with that. Barnett has 29 TD tosses and just four picks, 12 of those TDs went to Tyrell Pollard. Don’t overlook the run game either. Courtland Harris and Eugene Newell combine for over 1,000 yards and 14 scores. Their defense has been somewhat suspect at times, but with that offense, they might be okay.

On the flipside, Biloxi is somewhat hot as well. Despite things looking bleak early in region play, they rattled off four region wins en route to the postseason as a relatively young team. They’ll look to the run game led by 1,000 yard rusher K.K. Kendrick. In that four game winning streak, they only allowed 23 points. That type of play is crucial for any hope in doing the unthinkable.

Unfortunately, Biloxi is running into an absolute buzzsaw. Sorry, I don’t make the rules here.

Down on the coast, it was either Harrison Central, Ocean Springs or D’Iberville for the region crown. It turned out to be the latter. But that doesn’t mean the Red Rebels weren’t worthy of it. Harrison Central’s 7-2 record included two brutal one-score losses. Other than that, sheer dominance. A balanced offense led by star in the making, Christian Turner, and two 600 yard rushers should do well enough to let them fight another day against a team that’s had a tough year to say the least.

The post-John Perry era has been brutal. However, they were competitive. They’ve had to defend some of the state’s best offenses and battle in a pretty tough division. In two of their last four games, their defense did its job when it mattered most, and the Pirates get at least a shot of a Jackson trip.

It probably won’t come this year. But knowing Pearl, they’ll keep trying and may have the stars align sooner rather than later. It’ll be closer than many may think, but give me the Red Rebels.

Oak Grove clearly gets all the attention down south. I’m sure that has to bother the coastal Warriors. Under the shadow, they’ve quietly put together a perfect regular season. While they haven’t been frequently dominant, they just get it done, no matter what. Like other years, they find their identity on the ground. They’re led by 6A Mr. Football himself, Justin Walley, with nearly 1,000 all-purpose yards. Defensively, they’ve never surrendered over 30 points and only allowed 20 points twice. It’s kept D’Iberville alive in all these close calls. That’ll be the key against their first round foe.

The Petal Panthers have the capability to light up the scoreboard, but inconsistent defensive play has them sitting at 6-4 and a low seed. Jackson Allen is having a season, throwing for 2,308 yards and 26 TDs, polar opposite type numbers offensively than last season’s Panthers that were close to representing the south last year. Allen has three reliable targets as well.

Defensively, they faced Oak Grove and were gashed, now they face 6A’s best player. They have to regroup quick and have another offensive show. It’s won’t be this week. Warriors move on.

No. 3 Ocean Springs @ No. 2 Northwest Rankin

The Cougars have returned to form, mostly. They’re intriguing for sure, they beat Region 2 champion Clinton and shut down one of 5A’s best in Ridgeland. However, two consecutive losses to Oak Grove and Brandon have them limping into the postseason. NWR has the perfect balance offensively. Caleb Parten, Cam Marion and a handful of receivers make them a tough matchup. They have talent defensively, but will it be enough for a postseason run?

Don’t sleep on Blake Pennock and the Greyhounds. They are potent. Like Harrison Central, they’ve been on the wrong side of a few bad breaks. The two-headed monster of Bray Hubbard and David Humphries make for a run game that’ll wear out opponents. Hubbard himself does quite a bit as a sophomore, including through the air.

As deep as Ocean Springs is, Northwest Rankin is a little more battle tough, based on their schedule. This should be a good one. I like the Cougars in a nail bitter.