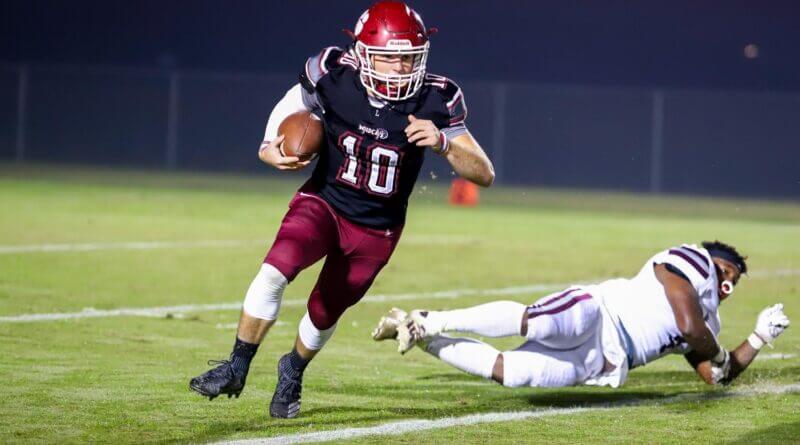 This week brought many forfeits due to COVID-19 protocols. However, this week also brought multiple hard-fought playoff victories across the state.

This one falls in the category of the latter.

The Louisville Wildcats sported the perfect blend of great offense with spectacular defense in a 28-15 win over the New Albany Bulldogs.

The game started on a rough note for the Bulldogs as an opening drive punt featured an errant snap that gave Louisville the ball inside the five-yard line. However, the Wildcats were stifled with no points after great effort by the New Albany defense.

Despite this, Louisville still jumped out with the lead first after a one-yard touchdown run by quarterback Jace Hudspeth to make the score 7-0 after one.

Hudspeth kept it going early in the second quarter with a 46-yard strike to Jarvis Rush to extend the lead to 14-0.

Yet, the Bulldogs did not go away easy. C.J. Hill did it all on New Albany’s first scoring drive with a four-yard touchdown run and direct snap on a successful two-point conversion to send the game to the halftime break at 14-8.

After the Wildcats stalled on their first drive of the second half and pinned the Bulldogs deep in their own territory, Ty Cooper deflected a pass and pulled it in for a one-yard pick six to put Louisville up 21-8.

Jacorey Coleman was able to add some insurance with a three-yard run early in the fourth to extend the lead to twenty at 28-8.

However, New Albany refused to let their season end without a fight.

A.I. Nugent broke off a 14-yard run to cut the lead down to 28-15. The Bulldogs followed it up with a onside kick recovery by Jackson Formsma.

Hill was able to get his team inside the Louisville 30, but the drive stalled out there, which allowed the Wildcats to hold on for a 28-15 victory.

Louisville moves on to third-round action where they will face the Pontotoc Warriors on the road.