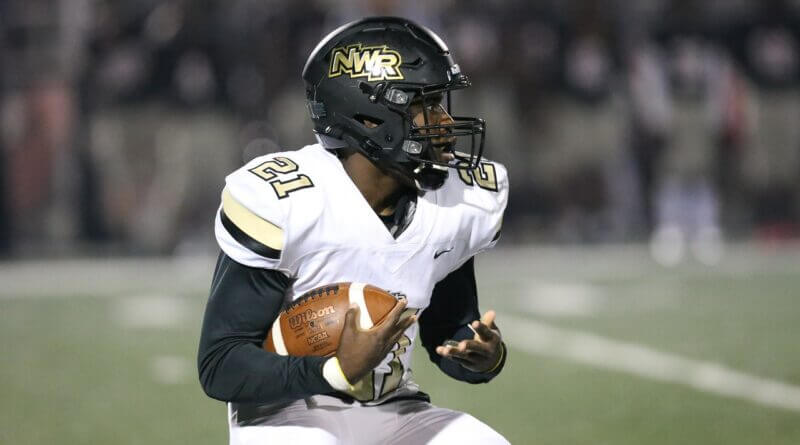 Class 6A wasn’t as affected, minus Tupelo. However, a staggering amount of teams had to end their season prematurely and it happened off the field. This week has been better, but like I said in a previous statement, you don’t celebrate a touchdown until you cross the goal line. So, let’s do that.

As far as Class 6A goes, we’re down to eight. What do these teams have in store? Let’s find out.

Bend, but don’t break. That’s why Oxford has on 23 games in a row. They did it last week on the goal line against Madison Central. They stuffed quarterback Vic Sutton on a two-point conversion that prevented the game from being tied with a minute left. It wasn’t like the typical Oxford win this season, where they pull of a magical third quarter and end all hope of failure, but again, defense wins ball games. It did the trick the last time they faced Hernando during the second half. However, this is a much more confident team than three weeks ago.

We learned just how resilient the Tigers actually are last week against South Panola. The could’ve let the game run away from them in a hurry, but they didn’t allow it. Zach Wilcke was composed in the second half, finding Reed Flanagan on numerous occasions and letting Shawn Wade finish the job in the red zone. Defensively, they were gashed with big plays throughout the night, but they waited for their opportunity and they made the most of it, forcing a strip-sack and recovering the fumble and ending the game. They want Oxford again. They’re ready for a rematch.

Three weeks ago, Oxford battled on the road in a pretty tough place to play. Now, Hernando has to come to Bobby Holcomb Field. As Starkville last year can attest, it’s a near death sentence to rematch on their home turf. Winning streaks aren’t meant to last forever, but it won’t end Friday. Plus, if there’s a team that finds more ways to win ball games than Oxford, I’d like to see them.

Welcome back, Vikings. We’ve missed you. For those out of the loop, Warren Central hasn’t played in a while. Their October 30 double-OT loss to South Panola was the last time they’ve stepped on the field since that game got moved up a week. And unfortunately for them, Tupelo had to bail at the last minute last week due to quarantine, making Warren Central wait another week. None of it was their fault, but it is what it is. And it’s unfortunate they have to run into a freight train head on in Clinton.

Nobody expected the Arrows to have any issues with Horn Lake last week. They didn’t, 35-7. Why would they? They’re on a six game winning streak against the best region arguably in the state, including a 31-16 win over, guess who, Warren Central. It’ still not going to be easy. Like I said last week, Warren Central is the absolute last team you want to overlook.

Still, we saw what happened when Starkville came off a two-week hiatus for a big game. I expect a much similar situation this Friday. Arrows move on.

Another one bit the dust. It was same formula last week that got the Warriors to 10-0: light up the scoreboard and do just enough defensively to get some cushion. Quarterback Kabe Barnett and his receiver Tyrell Pollard were nye unstoppable last week while their defense allowed only 13 points in the second half after adjustments were made. They keep winning, and thus remaining the consensus top-ranked team in the state. It’s going to be hard this week to do what they’ve been doing against a team somewhat similar to them.

The Red Rebels can also light up the scoreboard, but don’t sleep on a defense that has been more consistent than Oak Grove has this year, allowing 141 points thus far. They took care of business last week with a 49-21 win against Pearl with the help of a balanced attack offensively. Defensively, they’ll have their biggest test of the season.

Yeah… Oak Grove is just too potent. Harrison Central will give them fits, but given Oak Grove’s motivation this postseason, the train will keep rolling until further notice.

The Cougars flirted with disaster last week, and still managed to get the job done, thanks to a gritty defensive effort. Cam Marion had a 150 yard rushing performance. The special teams managed to do things too. However, offensively, that kind of play won’t fly this week. They’re running into a well-oiled machine that will keep you off the field and make you play tense if you don’t bring it early on.

Justin Walley refused to let his team lose last week. His 182 yards rushing and three scores prevented the upset and gave them a new lease. As all the field goals last week can attest, every point counts. Defensively, things won’t be getting easier either.

This was a tough one to pick. It’s pick your poison. I believe in what Northwest Rankin is doing, but last week left a lot to be desired. Plus, I believe D’Iberville is more built for these type games. Warriors vs. Warriors next week.