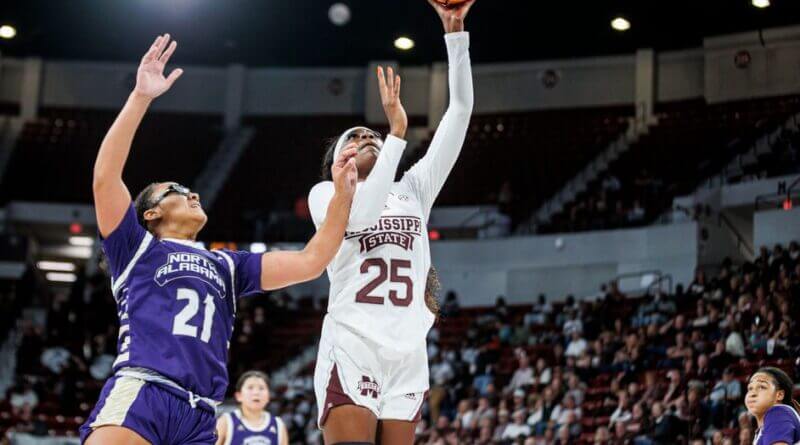 Mississippi State women’s basketball hits the road for the first time this season for a tough non-conference matchup against No. 23 South Dakota State. Tipoff against the Jackrabbits is scheduled for 6 p.m. Central time in Brookings, S.D.

Monday night’s contest will be streamed to both GoJacks.com/Watch and to Midco Sports Plus. A subscription is required for both streams.

The Bulldogs will be back home on Friday, Nov. 18 when the host Alabama State. Tipoff against the Hornets is scheduled for 7 p.m. Central.