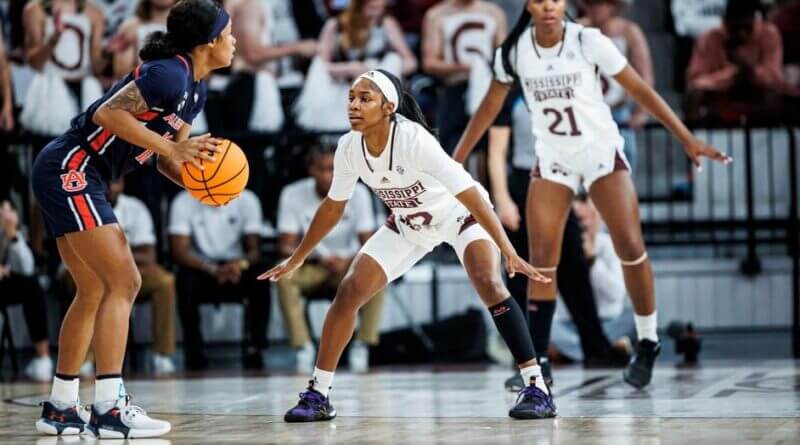 Mississippi State women’s basketball will close out its two-game home stand on Sunday when the Bulldogs welcome the Kentucky Wildcats to Humphrey Coliseum. The two teams will square off at noon on SEC Network while honoring Pat Summit in the SEC’s annual ‘We Back Pat’ game.

Series History
• Mississippi State and Kentucky will meet for the 54th time in the series’ history. Kentucky holds a 31-22 advantage in head-to-head meetings.
• When the game was played in Starkville, Kentucky leads the series, 11-10.
• The Wildcats enter Sunday on a three-game winning streak over the Bulldogs after winning both meetings last season.
• MSU and UK are 5-5 in the last 10 meetings, with two overtime games. In the last 10 meetings, only five points has separated the two teams on average. State has averaged 76.7 ppg while Kentucky has averaged 71.3 ppg.

Mississippi State Notables
• State has forced their opponents to turn the ball over at least 15 times in 14 games this season. MSU is 11-3 in games where they force at least 15 turnovers.
• Despite going 9-for-18 (50%) from the free throw line in the first three quarters, the Bulldogs were 12-for-14 (86%) in the fourth quarter. In the final frame, Jessika Carter was 4-for-4 from the line while Johnson was 4-for-6.
• In the final five minutes of the game and State with just a four-point lead, MSU went 9-for-10 at the charity stripe.

Most Wins By A First Year Head Coach at MSU
Head Coach Sam Purcell earned his 14th career win on Thursday. He is two wins shy of having the most wins by a head coach in their first season at MSU. 15 is the record, held by Novak. No coach has had a winning SEC record in year one.

Get-To-Know Kentucky
• Kentucky is the defending SEC Tournament Champions.
• The Wildcats are 1-5 in the SEC but won their most recent contest at Florida, 81-75. Kentucky trailed by 16 points in the second quarter and six points at halftime and only led the game for 10 minutes and 33 seconds. It was their largest comeback in an SEC game in program history.
• Junior guard Maddie Scherr is coming off three straight games scoring at least 18 points including back-to-back games of resetting her career high in both points scored (22 pts, 25 pts) and field goals (10 FG, 10 FG). Meanwhile, both of those 20-plus scoring games came against top-five ranked opponents (LSU, South Carolina). She is the only player in the Southeastern Conference averaging at least 5.0 in at least three statistical categories (10.2 points, 5.6 rebounds and 5.0 assists). She is also the only player in the SEC that has at least 90 assists and 40 steals.