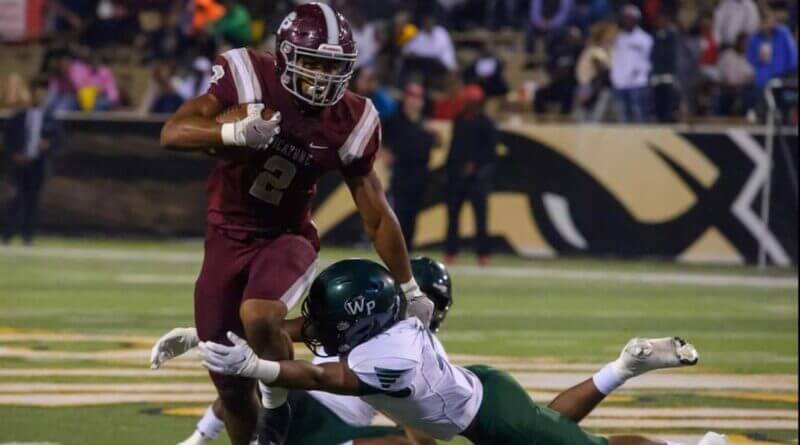 Times are critical now. If you lose you are going home. The regular season record is out the window. What your team did last week is out the window. Janet Jackson once asked what have you done for me lately? That’s the energy during this time of the year.

Simmons and Biggersville meet up for a game that may shock us. Biggersville is a very good team and they know how to win. They have some great young running backs like Jayce Taylor that can get it done. Dylan Rowsey is a senior over there doing a great job for them as well. They have been there before. McEvans is on a mission this year. Can they get it done? We will go deeper into these games when we break down each class.

Choctaw County and Charleston are very familiar with each other. Earlier in the year they faced each other in a tough play-off game that resulted with Charleston having to forfeit due to an ineligible player. Caleb Cunningham will be ready for this one and there will be a lot of eyes on him. Deondre Riley is a guy to keep up with for Charleston. Dre Riley is a very good player. I’m guessing they still think about that a lot. Scott Central vs Philadelphia will be the game to see for this classification. That is going to be a good one.

Noxubee County is sticking around showing why championships come through their team. Now that they have their starting quarterback back things have been interesting. He’s delivering the rock like a general. JDC is out of the way and Raleigh seems to have their eyes on the goal. Suntarine Perkins has his eyes on a ring. Will it be them?

Itawamba has been on a roll this season. They are undefeated and just keep on playing hard. Isaac Smith made some very great catches last night. One was a very good one in the back of the endzone. Gabriel Moore and Christavious Savier had Louisville flying high last night. They have to go back to Caledonia for a repeat of last year’s third round matchup. This is going to be the game to see.

Kahnen Daniels received his first offer from Miss State yesterday then went on to help West Point win a football game. That’s the kind of weekend kids dream about. Neshoba Central is looking to rain on those dreams. Dante Dowdell and Picayune are sticking around. Chris Davis is going to have a lot to say as well. You can believe Jamonta Waller is ready to lead their defense.

Starkville beat Southaven in great fashion last night. Trey Petty has seen some things. This goes to show you that strength of schedule plays a big factor. These guys will be lead by Braylon Burnside and Jaylon York on offense. This should be a great finish for them. Warren Central vs Brandon will be a good one as well. Landon Varnes and Jarvis Durr have to get this team ready. Nate Blount stays ready so he doesn’t have to get ready. They also have Lester Miller on the island. Madison Central vs Tupelo should also be a good one. Isaiah Spencer is playing with a chip on his shoulder to prove he is worthy of multiple power five offers. Next week is going to be a good week for football.