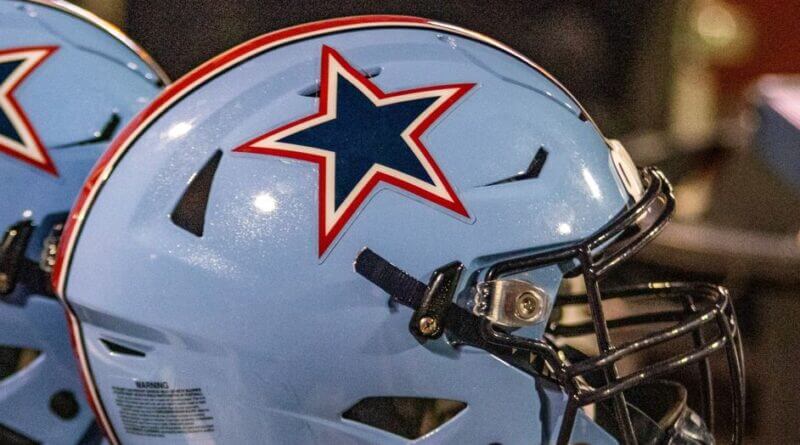 Unfortunately, the late heroics couldn’t completely erase a first half full of bad breaks, as East Mississippi handed No. 2 Northwest its first loss of the season, 36-28.

East Mississippi won the toss and elected to receive, a move that saw the Lions storm down the field in rapid motion. A dropped pass in the red zone and a sack from Jykeveous Hibbler forced EMCC to settle for a successful Cole Arthur field goal, giving the Lions a quick 3-0 lead.

One of the biggest bad breaks for Northwest came on its opening possession. Facing third and long from its own 22-yard line, Ren Hefley’s pass was deflected off the head of an official, falling right into the arms of Rodney Groce, who returned it to the end zone for a touchdown and a sudden 10-0 lead less than five minutes into the game.

East Mississippi’s defense locked down the Rangers’ offense throughout the rest of the first quarter, with Northwest unable to find an answer. B.J. Washington was able to come up with an interception midway through the first quarter, only for the Rangers to turn the ball right back over on a sack and forced fumble.

Before the end of the quarter, the Lions would issue another punch, as Mike McGowan capped off a 60-yard drive with his 28-yard carry into the end zone. The extra score made it a stunning 17-0 deficit for Northwest entering the second quarter.

East Mississippi picked up right where it left off to open the second, completing a 15-play drive with a 29-yard field goal from Arthur, stretching the deficit to 20-0. However, the Rangers finally responded on the ensuing possession, finishing off a long 13-play possession with a short touchdown pass to D.T. Sheffield. Eli Hamlin put through the PAT, putting Northwest on the board in a 20-7 hole.

Though EMCC threatened to add another score on its next possession, the Lions were thwarted after Eli Anderson’s pass into the end zone was intercepted by Byron “Tank” Pearson, his sixth pick of the season. The play helped to briefly inject some momentum into Northwest offense, but that would end up being short-lived, thanks to another sack and forced fumble from the Lions.

With good field position at the 31-yard line of Northwest, the Lions attempted to score one before the halftime break with only 1:40 left to work with. However, the Rangers’ defense stood tall, denying EMCC on a fourth down attempt, keeping the score within striking distance at the break.

Though Northwest had a good chance to open the second half by cutting into the Lions’ lead, the Rangers were instead forced to punt after a three-and-out. It was here that the Rangers found themselves on the wrong end of another bad break, as the EMCC returner signaled fair catch, only for the ball to make contact with the player and Northwest to recover at the 13-yard line. After some debate, the officials ruled against the Rangers, allowing the Lions to start another possession.

The call would ultimately come back to haunt Northwest, as East Mississippi scored just seven plays later on a 24-yard pass from Anderson to Duke Miller, stretching the Lions’ lead to 27-7 early in the third quarter.

To the Rangers’ credit, giving up was one thing not in the playbook. On its next possession, Northwest marched 65 yards on 10 plays, with Hefley connecting with E. Jai Mason for a nine-yard score to close the gap to 27-14.

After a four-minute EMCC possession that ended in a 32-yard field goal from Arthur, the Rangers continued to close in. With less than a minute remaining in the third quarter, Hefley connected on a 29-yard pass to Sheffield and followed with a successful two-point conversion catch off the hands of Sheffield, bringing Northwest within a 30-22 margin.

East Mississippi came up empty-handed on its ensuing possession and Northwest took full advantage, showing off the ground game on an eight-play, 60-yard drive that ended with a short score from Jamarien Bracey. However, the two-point conversion attempt would fail on this go-around, keeping EMCC ahead by a 30-28 margin with 10:50 left to go.

The Lions would gain some breathing room after an 11-play, 77-yard drive that ended in a 24-yard strike from Anderson to Miller. EMCC would also attempt to go for two, but failed, keeping it an eight-point game with 6:37 remaining in regulation.

Northwest burned nearly three minutes off the clock on the next possession and got inside the Lions’ red zone. However, a completed pass for negative yardage and an incomplete fourth down pass attempt gave the ball back to East Mississippi with 3:41 left to go.

As the Lions worked the ball to midfield, Northwest had a chance to stop the drive on third and short, getting one more opportunity for a quick offensive possession. However, Ethan Conner’s five-yard keeper gave EMCC a first down and sealed the Rangers’ unfortunate fate.

Northwest allowed 508 yards of total offense from the Lions, including 283 through the air. Meanwhile, the Rangers were limited to 289 yards of offense, with 183 coming in the passing game.

Hefley completed 21 of his 41 passes in the loss, throwing three touchdowns and an interception. His top target was Sheffield, who topped out at exactly 100 yards and two touchdowns on eight receptions. Cayden Betts rushed for a team-high 69 yards on the ground, followed by 45 from Bracey.

East Mississippi was led by Anderson’s performance, which featured 29 completions on 45 attempts, despite two interceptions. Miller was the obvious top target for Anderson, finishing with 86 yards on five catches, followed by 45 receiving yards from Carl Robinson. On the ground, Amariyon Howard led the Lions with 111 yards on 15 carries.