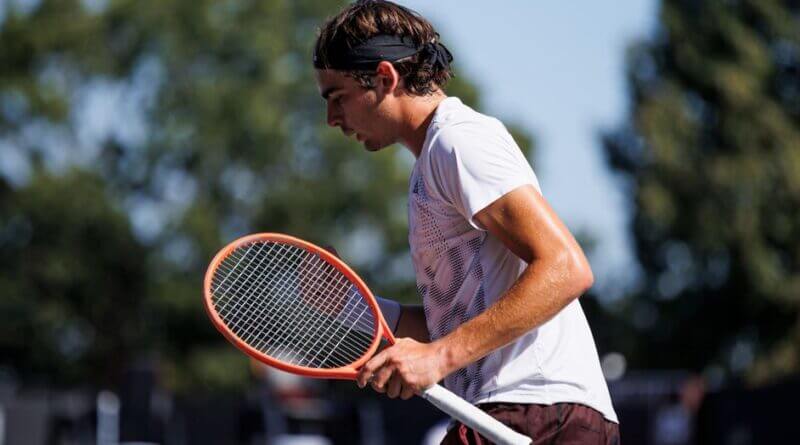 If Thursday was going to be Mississippi State’s final day at the ITA Fall National Championships, Carles Hernandez and Nemanja Malesevic made sure that the Bulldogs did not leave without a fight.

Malesevic, ranked 52nd as a singles competitor, battled for three sets during his consolation match. Later on in the evening, he teamed with Hernandez in the doubles Round of 16 only to come up on the short end of a 10-7 third-set super tiebreaker.

“This tournament here in San Diego shows Carles and ‘Memo’ that they belong at the top of college tennis this year as a doubles team,” said assistant coach Jake Jacoby. “And it shows how just a few moments here and there in three-hour battles can make a difference in singles at this level. ‘Memo’ should take confidence knowing very clearly some areas he can improve to find success as a top singles player in the country, and this doubles team should feel the same.”

Facing fellow SEC product Pierce Rollins of Texas A&M, Malesevic dropped a tight 7-5 first set but bounced back to take the second 6-3. However, it was the Aggie that advanced with a 6-4 victory in the final set.

During the match, Malesevic produced three aces and converted 97 percent of his second serves (34 of 35).

The pattern continued when Malesevic joined Hernandez for doubles later in the day. The MSU junior duo was edged in a first-set tiebreaker 7-6(5) by Ryan Fishback and Alberto Orso of Virginia Tech.

But the Bulldogs showcased their resiliency in the second set, barking back with a 6-2 win to set up a winner-take-all super tiebreaker but came up just short, 10-7.

And although ITA Fall Nationals was the final tournament scheduled for Hernandez and Malesevic this fall, their teammates will be representing State and the conference Friday through Sunday as part of the SEC-Big 12 Challenge in Tuscaloosa, Ala.

“Our whole team has shown a lot of growth this fall and it’s exciting to prepare for the spring ahead,” Jacoby said.