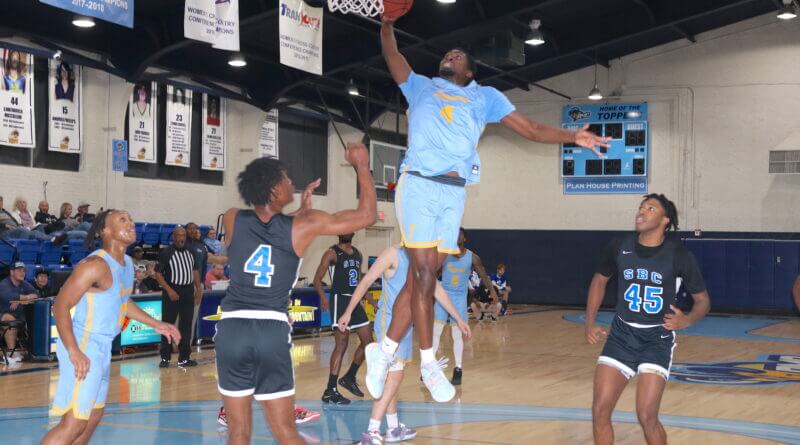 BLUE MOUNTAIN, Miss. – (Box Score) Everyone on the team scored for Blue Mountain Thursday, as the Toppers knocked off Southeastern Baptist 90-46.

The Toppers jumped out to an early 6-0 lead to kick off the game and would lead buzzer to buzzer.

Five Toppers would hit double figures in scoring on the night, with Vantangoe Donzo leading the way with 11 points and four blocks, followed by JonDarius Warren (SR/Corinth, Miss.), Manny Patrick (JR/Mobile, Ala.), Ikechi Ajukwa (SO/Imo State, Nigeria) and Darien Newchurch (JR/Chicago, IL) all with 10 points each.

The Toppers forced 25 Charger turnovers on the night, while shooting 53 percent from the floor.

“I thought we did a pretty good job of controlling the tempo tonight,” BMC head coach Jermael Bingham said.  “Our defensive play was solid, and we got some good minutes out of a lot of guys.  It was good game overall for us.”

BMC (2-0) returns to action Saturday for Homecoming against John Melvin with a 2 p.m. tip at Tyler Gym.