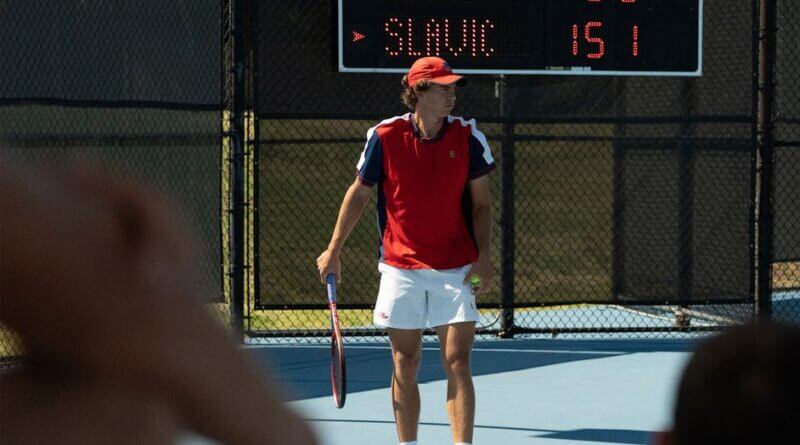 The Rebels ultimately finish the tournament with a 3-4 record in singles and 2-1 record in doubles spanning across the pre-qualifying, qualifying and main draws of play.

Slavic, who entered the tournament as the No. 5 overall seed in singles, received an automatic bid into the main draw of the tournament’s singles bracket. The reigning All-American saw a difficult matchup to open his tournament, facing off against Virginia’s No. 21 ranked Jeffrey von der Schulenberg in the Round of 64.

In his consolation match on Thursday, Slavic saw himself matched up against Baylor’s Finn Bass, who entered the ITA All-American Championships ranked as the No. 100 singles player in the nation. Slavic battled, but it was Bass that would take a 6-1, 7-5 victory at the end of the day, ending Slavic’s time in Tulsa.

The Rebels will return to action at the ITA Southern Championships hosted at the University of Alabama, with the tournament set to run Oct. 13-17 in Tuscaloosa.