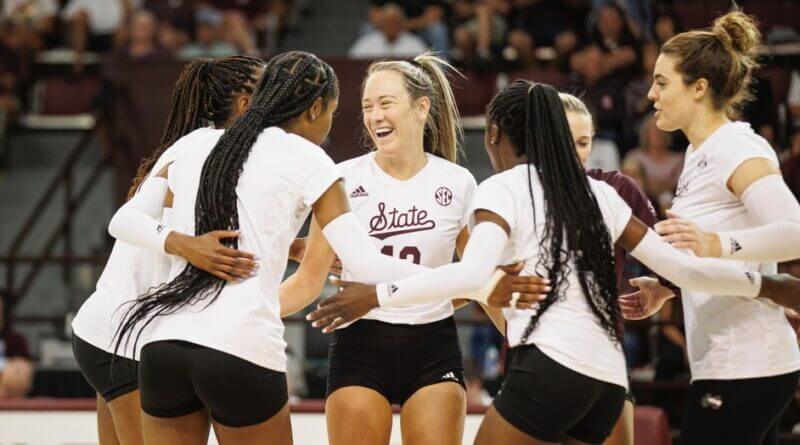 Mississippi State volleyball heads to College Station for a pair of matches against Texas A&M on Friday and Saturday at Reed Arena.

First serve on Friday, Oct. 7 is set for 6 p.m. CT, while Saturday’s match will begin at 4 p.m. Both matches will be aired on SECN+ and live stats will be available through StatBroadcast.

“Road matches are tough and SEC road matches are even tougher,” head coach Julie Darty Dennis said. “We have had a few days to focus on us and really get some quality training in before we hit the road to College Station, and I feel like we are in a good place. We are always looking forward to opportunities to compete, so we are certainly excited for these upcoming matches. Texas A&M is a tough team, and we are certainly going to have to play together and play hard to get the result we want. I am 100 percent confident that our team will be focused, prepared and ready to play this weekend.”

The Bulldogs and Aggies have met 16 times, with MSU having won the last four matches against Texas A&M.

Lauren Myrick has powered home 3.15 kills per set to go along with 2.22 digs and 0.22 aces per set. Myrick has collected five double-doubles on the season. Her latest double-doubles came against Arkansas with 13 kills on Oct. 1 and 13 digs and 11 kills and 11 digs on Oct. 2.

Outside hitter Shania Cromartie has registered 2.84 kills and 2.16 digs per set. Her 2.57 kills are ranked third on the squad behind Waden and Myrick. Cromartie cranked out three double-doubles over three matches within five days. She issued 14 kills and 11 digs at Auburn (09/28), had 14 kills and 14 digs against Arkansas on Oct. 1 and 19 kills and 16 digs on Oct. 2.

Setter Gabby Coulter has distributed 9.85 assist per set on the season, which ranks fifth among SEC setters. She has cranked out nine double-doubles this year, with her two latest coming against Arkansas Oct. 1 with 43 assists and 10 digs and with 37 assists and 16 digs Oct. 2.

Lilly Gunter has sprawled out 10-plus digs in 13 of her 14 starts while wearing the libero jersey. Her 3.96 digs per set rank eighth among SEC liberos and first on the MSU squad.