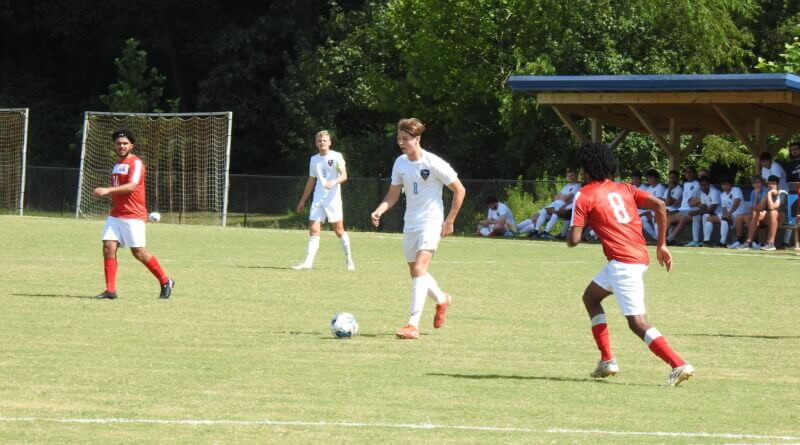 No. 14 Life knocked Blue Mountain out of the SSAC Championship here Thursday, defeating the Toppers 4-1.

It was the second time the Running Eagles have beaten the Toppers this season.

Blue Mountain’s lone score came just 10 minutes in when Ruben Kuypers (FR/Tilburg, Netherlands) placed one between the poles for his team to give Blue Mountain a quick 1-0 lead.

Life would not be denied as they scored five minutes later to tie it on a goal by Luciano Diaz.

The Running Eagles would get two more goals in the second period by Danny DeLorijn and Lars Van der Steen to put the Toppers away.

Blue Mountain would get off two shots on goal to Life’s eight.

“What a season it’s been,” BMC interim head coach John Morgan.  “No one wanted it to end, of course, but I’m super proud of the guys for fighting until the end.  They never broke us down, they just had taller guys than we did.  We have a lot to look forward to here.  Great things are coming.”