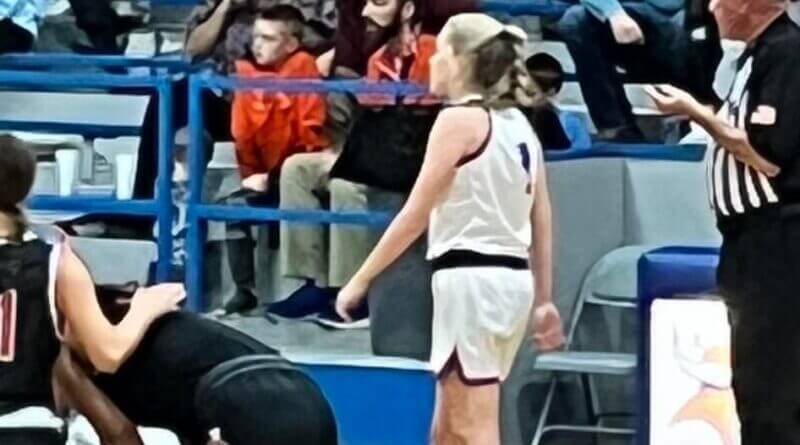 ECRU – North Pontotoc hosted Wheeler in a basketball doubleheader on Thursday, November 3. The Lady Vikings used its defensive pressure to lead 21-9 after the first eight minutes. The home team featured a balanced attack on the offensive end with seven different players scoring in the first quarter. Wheeler battled back in the second, aided by a 7-12 clip at the foul line. The Lady Eagles trailed 31-25 at halftime and North Pontotoc took a 44-39 lead into the final period. Wheeler’s playmaker, Jayden Lowery, scored 13 of her 22 points in the final quarter, but North Pontotoc made enough plays late to secure a 61-58 victory.

North Pontotoc improves to 2-0 and will host Houlka on Monday, November 7.

Wheeler falls to 0-2 and will visit Walnut on Tuesday, November 8.

In the second game of the night, the Vikings held on to win a low-scoring affair. Nick Burchfield led the Vikings with 13 points and 18 rebounds. Eli Baker netted 10. Nyshauhn Hutcheson finished with 16 for Wheeler.

North Pontotoc is 1-1 and will host Houlka on Monday, November 7.

Wheeler is 0-2 and will visit Walnut on Tuesday, November 8.