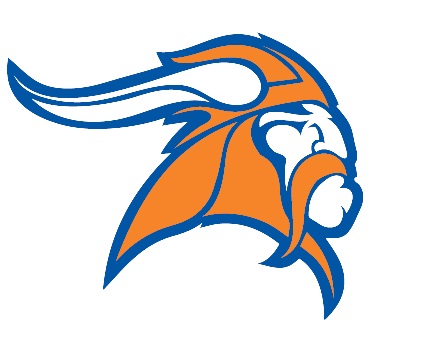 ETTA- For the Vikings of North Pontotoc, a successful 2019 season is going to hinge on replacing the outstanding production received last year from Corley Hooper. On offense, Hooper led the Vikings through the air and on the ground as the leading passer and rusher. However, he also led North Pontotoc in tackles, making him one of the biggest two-way threats in the state.

With Hooper now playing for the Indians of Itawamba Community College, new faces must step to fill the void, especially on the offensive side of the ball. TJ Polk brings back some experience in the offensive backfield with 356 yards on the ground, along with four touchdowns on 54 touches. He will be looked to as a possible contributor at quarterback along with Reece Kentner. The receiving corps will need to be heavily retooled, as the top five receivers from last year graduated. The offensive line returns four starters in Dalton Tutor, Dylan Bell, Trent Hamblin and Bo Rainer.

On the defensive side of the ball, the second and third leading tacklers from last year return in Hunter Miles and Hunter Bolin, respectively. The two combine to bring back 220 tackles back from last year, alongside five sacks, four takeaways, and 33 tackles for loss. Also, the Vikings return players responsible for a combined eleven takeaways.

North Pontotoc will be tested early and often in the 2019 season as they move to 4A, and it all starts with Week 2 matchup with the reigning 3A champions the Water Valley Blue Devils. In September, the biggest rivalry game on the slate arrives in a home tilt against the South Pontotoc Cougars. Finally, the possible toughest division battle of the season comes into Etta in the form of the Corinth Warriors on November 1st. This Vikings team will need to grow up greatly and quickly if they want to replicate last year’s excellent 11-2 campaign.