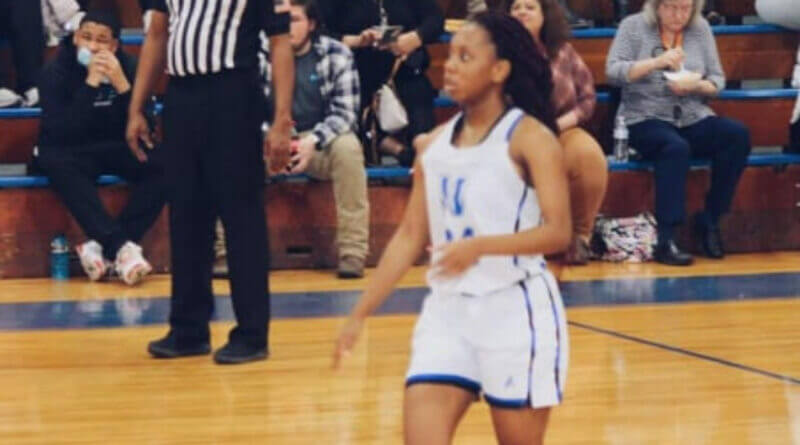 NEWTON — “Who can mess with Zia Shields? I dont think anybody can mess with her. NO CAP!” Those were the exact words from a Facebook post shared by La’Robert Wheaton earlier.

Last night she was 38 HOT as Newton girls upset the predicted 2022 2A State Champs Puckett 58-48! Zia Shields is one of the most, if not the most, underrated girl’s basketball player in the state. She is a walking bucket.

You need a quick two? Then call her number. After winning a state championship as a freshman they had a coach change, but yet her game is still the same.

“It was kind of hard transitioning, but Coach Harden wasn’t new to me so it was like a old flame being sparked,” says Zia when asked about the coaching change she experienced.

Before last night her career high was 36 points. She averages 25 a game and 5 steals a game.

“Pure scorer” should be by her name every time it is written.

“The best part of my game is being able to read my defender. I love when I’m getting played 1-on-1 because I feel like nobody can guard me,” is what Zia had to say after I asked what is the best part of her game. This was the truth if I never heard of such.

One on one she is a wizard. You may wanna put on your ankle brace when you are holding her.

Newton won state in 2019 and they have the potential to do it again this year. They have all the tools to get it done, but the game has to be played.

A new coach has been hired since then. Ty Harden has faith in Zia knowing she has won a ring before.

“I believe in my teammates even when they don’t believe in themselves. I feel like we can win it all, but we just got to have faith,” Zia said about their team’s fate for the remainder of the season.

If the Newton Lady Tigers keep their heads down they definitely can win. Coach Harden believes his girls have a chance with Zia Shields leading the bunch. They just need to continue to play GREAT defense.

With Newton being on a losing streak majority of the state expected them to lost last night. The Lady Tigers weren’t hearing that!

Zia has been named all district every year since a Freshman. She didn’t have any schools interested before last night, but since then has calls from Hinds, Holmes, Itawamba, Co-Lin, Mississippi Delta and Bishop State.