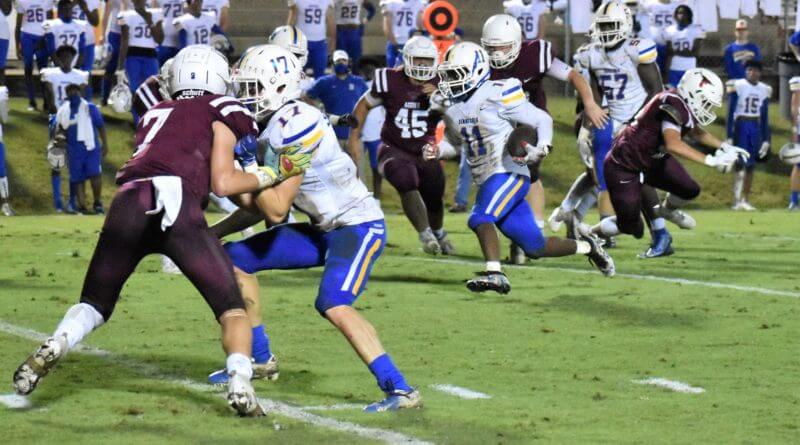 Senatobia travelled to Kossuth on Friday and found itself locked in a dog fight with the Aggies on their Homecoming in the first half, clinging to a 21-20 lead at the break.

The Warriors ran wild after halftime and came up with a huge 49-22 victory over the host Aggies, led by a potent rushing attack that saw Jordan Osborn rush for 338 yards and five touchdowns.

Senatobia blew the game open early in the second half, picking off a paif of Brock Seago pass attempts with Osborn scoring after each one.

The nail in the coffin was a JaBrysten Abram touchdown scamper in the fourth quarter to seasl the win.

Senatobia is at home next week against Senatobia. More pictures on the Mississippi Sports facebook page or from Larry Glidewell.