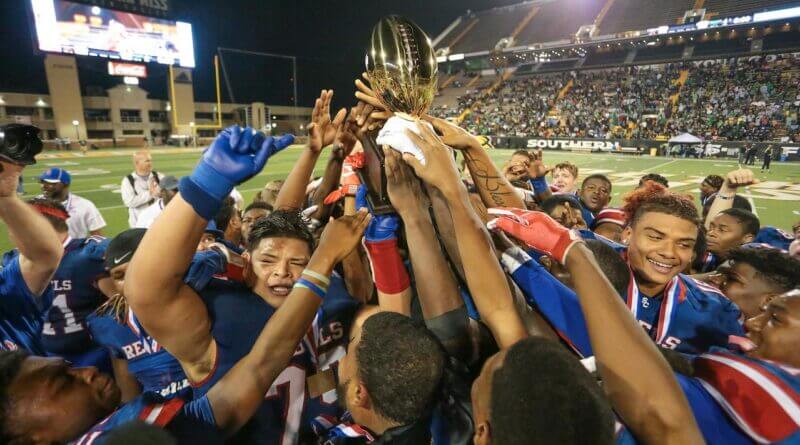 Here’s your David versus Goliath game of the weekend. We all know what happened in that story so don’t count David out. All bets are off in the state championship. One team is making their fifth trip to the big dance, the other is looking to make their first time count.

The Tigers of Leflore County unfortunately didn’t field a team in 2020 after their best season since 2010. However, they picked up right there they left off in 2021 and have won 10 games for the first time since 2001. They overcame a slow start to become one of the north’s hottest teams. They’ve dominated in most games they’ve played, but showed that they can survive and hold on in close games. Their last three games have been decided by a combined nine points. It’s going to take their best performance of the year to knock off Saturday’s opponent.

It wasn’t long ago when the Rebels hoisted a gold ball in Hattiesburg. It was 2018 when they knocked off Taylorsville to win it all. Times have changed, but they look like the best team their school has ever assembled. They are physical on the line of scrimmage and have some great balance on the offensive side of the ball. Not one guy just purely dominates, they have a number of players that can hurt you at any given moment. Can they do it one more time?

Leflore County is such a great story after everything they’ve been through. They’ve had their best consecutive seasons in program history and are on the right track. However, they’re running into an absolute buzzsaw on the other sideline. Championship experience is another factor in this too. Give me a significant victory for the Rebels as they win a third state championship.