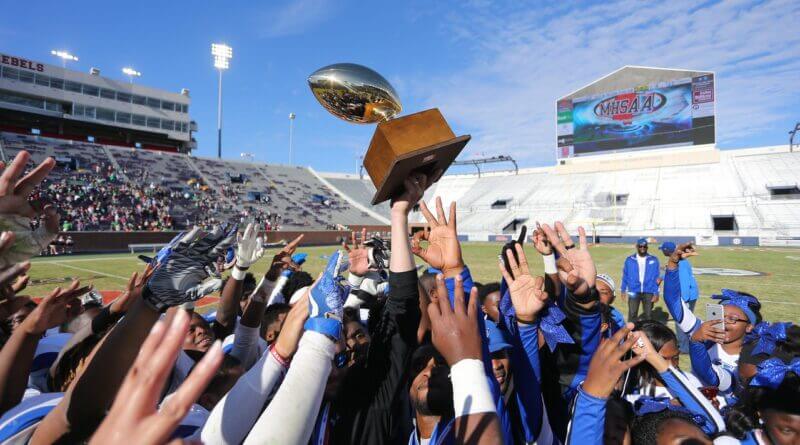 If you’ve followed 1A football in Mississippi this season, it shouldn’t come as a surprise that either of these teams are here. One team looking to add to a trophy case, the other looking to finally get over the hump. Something has to give between these two dominant squads.

Remember that team back in 2018 that had their 58-game winning streak snapped in Hattiesburg? Yeah, that’s Simmons. The numbers speak for itself, they’ve outscored their opponents 686-56. That’s about as dominant as nearby North Side was two years ago. The only real test they’ve had was their 2nd round matchup with previously defending 1A North champ Biggersville, and it was still a 36-point victory. As a matter of fact, that was only the second game they’ve given up double digit points. They’re looking to play spoiler to a team many thought would be favorite early in the season.

The Bulldogs have been here in recent memory, but failed to get the job done in Class 2A. Now, as a member of 1A, they have a golden opportunity to back up the preseason hype. Their only loss was to a Scott Central who, ironically, will be playing for a gold ball the next day. Ever since then, it’s been dominance for the most part. They’ve played against some really good competition, knocking off the defending 2A and 1A champs in region play and eventually outscored their playoff opponents 136-6. Defense is also something they boast. It’s juggernaut versus juggernaut Friday afternoon.

– Keep Simmons on their heels

This one is tough to gauge because there’s little weakness between these two squads. I think ultimately it will come down to the team that makes fewer mental mistakes and plays smarter. When you at being battle tested, It’s hard to argue that Bay Springs doesn’t have a tough schedule. They’ve survived and are playing their best football right now, just the right time. It will be close, but I think Bay Springs delivers their school’s first gold ball. Simmons will give them all they can handle though.