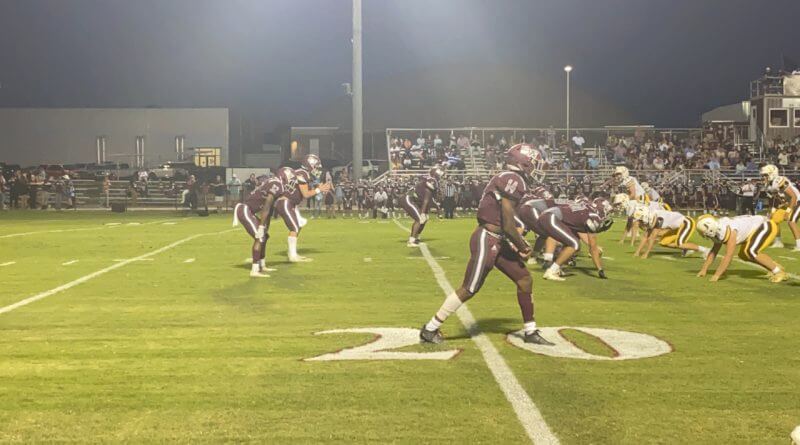 On a perfect night for homecoming ceremonies and football, the East Webster Wolverines took full advantage in a huge 42-20 win over the previously undefeated East Union Urchins.

The game started off quickly for the Urchins with a opening kickoff return for a touchdown by Micah Fulgham.

It wouldn’t take long for the Wolverines to strike back after quarterback Steven Betts took a designed run 52 yards to tie up the ballgame.

From that point on, it was all East Webster.

After a Hayden Roberts fumble, Betts hit on a fourth-and-21 touchdown pass to Jontavious Cunningham. Betts followed this up with a nine-yard touchdown run to put East Webster up 21-7.

Into the second half, the Wolverines just continued to pour it on.

Zy Ford quickly added two touchdown runs of 52 and 48 yards to put the lead at 35-7 for East Webster.

While Colton Plunk and company put up a couple of late scores, it was too little, too late for the Urchins.

With the win, East Webster improved to 2-1 with a road game against Union coming up next Friday.

East Union fell to 2-1 and will look to rebound at home against Hatley next Friday.