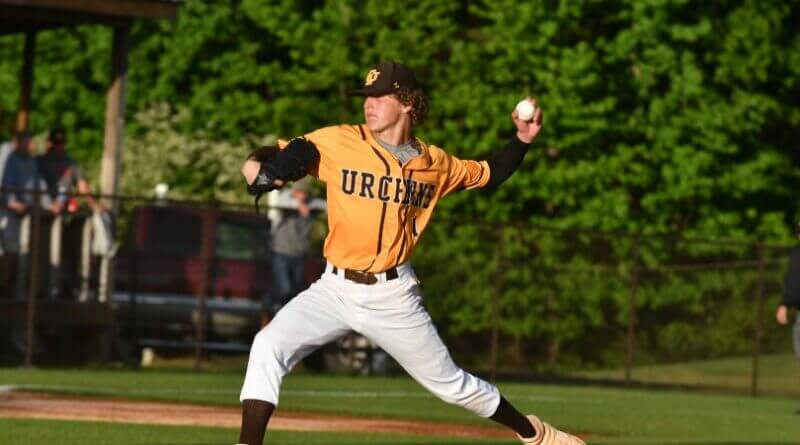 Timely hitting and fantastic pitching were the keys as the East Union Urchins earned a 2-1 victory over the East Webster Wolverines in walk-off fashion on Thursday.

The game was the definition of a pitcher’s duel as neither the Urchins nor the Wolverines managed a run through the initial six innings.

Roberts was spectacular, turning in a three-hit effort that went seven innings, and he allowed only one run while striking out 15 batters.

However, Roberts was not provided with support from the offense as five were left stranded in the first six frames with four in the last two innings.

The Wolverines were able to strike first by scoring on a error in left field that forced East Union to get at least one across with only three outs to go.

The Urchins were up to the task.

Tristian Baldwyn was the man to break the scoring drought with an RBI single to tie the game up at 1-1. More Urchins were left in scoring position after him, which sent the game into extras.

In the eighth, the conclusion came quickly. Rudy Baldwyn hosed a runner trying to steal third to stop the scoring threat, and Chris Clayton came up big in the bottom half with a RBI single to end the game after eight with a 2-1 victory for the Urchins.

In the win, East Union had seven hits against East Webster’s four, and Rudy Baldwyn/Chris Clayton provided two each.

The Urchins will look to sweep on Friday at 5:30 on the road against the Wolverines.