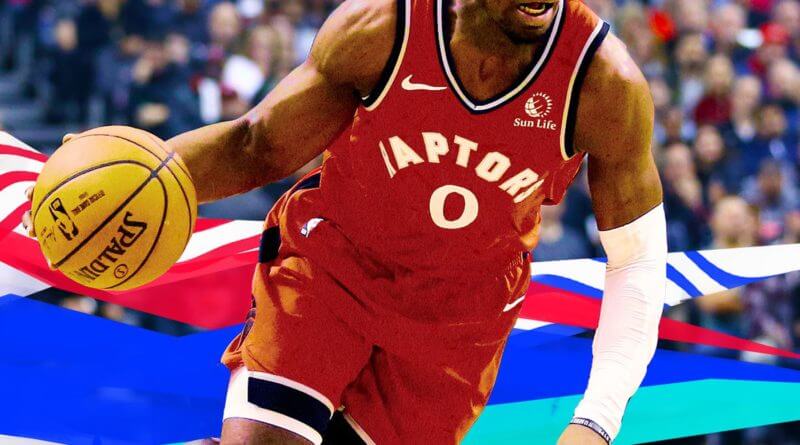 The NBA announced its two all rookie teams to celebrate the top ten performing rookies during the 2019-2020 NBA season.

The Ole Miss athletic department issued a press release about the news.

NEW YORK – One year after leading the Ole Miss men’s basketball team to the NCAA Tournament as a senior, Terence Davis was rewarded for making an immediate impact in the NBA. The 2018-19 All-SEC guard was named to the 2019-20 NBA All-Rookie Second Team, the league announced Tuesday evening.

Davis received 30 first team votes, more than first team all-rookie honoree Eric Paschall, to go along with 36 second team votes. A media panel (100 ballots from a global panel of sportswriters and broadcasters) selected five players for the NBA All-Rookie First Team and five players for the NBA All-Rookie Second Team at any position. Players received two points for each First Team vote and one point for each Second Team vote.

After getting overlooked and going undrafted, Davis impressed the reigning champion Toronto Raptors on the first day of the NBA Summer League to earn a guaranteed contact. The NBA Rebel quickly cracked the team’s rotation, making an appearance on the opening night of the season. He became the only Raptor to play in all 72 of the team’s regular season games, which included four starts. Davis averaged 7.5 ppg, 3.3 rpg, 1.6 apg, ending the season ranked fifth among NBA rookies in three-point field goal percentage (.388) and eighth in field goal percentage (.456).

Producing 26 double-digit scoring games, Davis also put together four 20-point games. His season high was a 31-point outburst against the Chicago Bulls (Feb. 2), becoming just the sixth rookie in Raptors history, and first bench player, to score at least 30 points in a game. Davis added a double-double with 23 points and 11 rebounds in his first career start at Charlotte (Jan. 8). The guard helped bring the defending champions back to the NBA Playoffs, advancing to the Eastern Conference Semifinals.

A fan favorite from Southaven, Mississippi, Davis ranks 13th on Ole Miss’ all-time scoring list (1,512 points). Knocking down 176 three-pointers, he ranks eighth on the career chart from long distance. Playing in 121 games as a Rebel, including 83 starts, the 6-foot-4 guard earned a letter all four years on campus.

Davis had his best season to finish his Ole Miss career. Averaging 15.2 ppg to rank 10th in the conference, he earned Second Team All-SEC accolades. Davis led Ole Miss in assists (3.5 per game) and rebounds (5.8 per game), while ranking ninth in the SEC with 1.6 steals per game. His 54 steals were the 11th-most in a single season in Ole Miss history. Appearing in all 33 games, making 32 starts, the senior Rebel reached double figures in scoring 26 times. Behind Davis’ senior leadership on and off the floor, Ole Miss returned to the NCAA Tournament for the first time in four years. The Rebels were predicted to finish last in the SEC, but Davis and company exceeded expectations en route to a 20-13 record (10-8 SEC). In his final game as a Rebel, the first round of the NCAA Tournament, Davis led the team with 17 points and six assists.