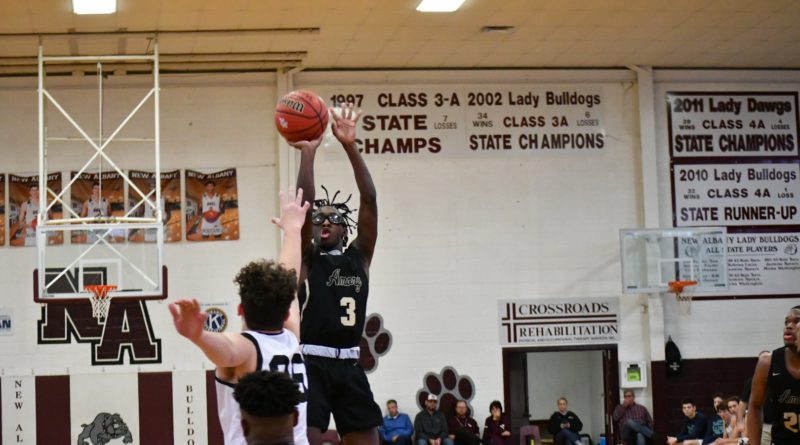 The Amory Panthers opened up the Hotbed Classic with a comeback victory over the Myrtle Hakws, using a massive second half to claim the victory.

Amory was thankful for the opportunity to compete in the 29th Hotbed.

The second half was highlighted by several pull up jumpers from game MVP Jamerison Martin , who finished with 19 points.

In the midst of a 14-0 run in the fourth quarter, the Panthers got a two handed slam from Isaiah Thompson to close the door on the game.

The Panthers have a key district matchup against Booneville on Tuesday at home. A win would put them in the drivers seat for a regular season district title.

More pictures can be found on the Monroe County Sports page.