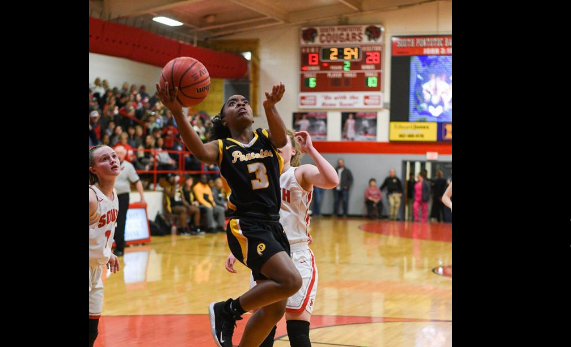 Pontotoc picked up a pair of road wins over South Pontotoc on Tuesday with the Warriors and Lady Warriors coming out on top.

The Lady Warriors never trailed in the contest and went on to win 62-48 to move to 19-3 on the season.

Pontotoc jumped out to a 16-9 frst quarter advantage with Dee Dee Shephard leading with 5 points.

The second quarter was all Samya Brooks, as the standout sophmore post player poured in 10 points and collected 6 rebounds to finish the first half with 14 points and 10 boards. Pontotoc led 39-19 at the break and didn’t let off the gas in the second half to claim the victory.

Pontotoc is in action next against Shannon while South takes on IAHS.