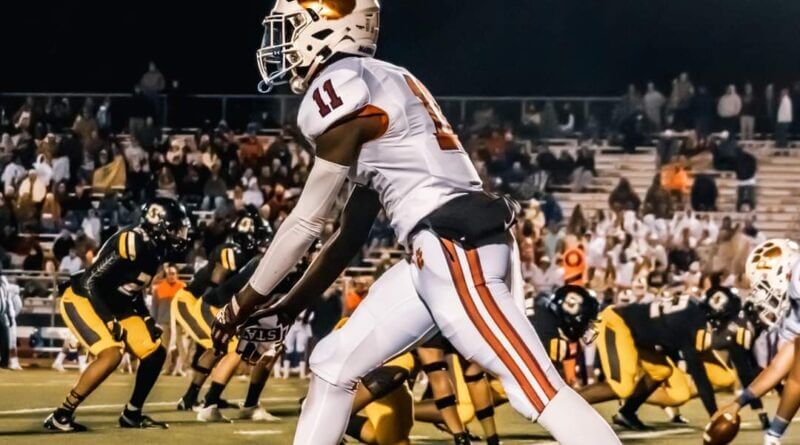 Isaiah is one of the best route runners in the state. He trains with former Madison Central Jaguar Mike Espy. You may have heard of him.

You can tell that Spencer is well polished. When you watch him play all you can see is quick elusive movements. Isaiah doesn’t waste time getting in and out of his cuts. Spencer leaves corners guessing a lot. He has a nice QB in Vic Sutton so it is easy for him to put up big numbers with a guy that can get him the ball.

Spencer also has a nice set of hands. He uses his hands to catch the ball. He’s not one of those guys who let the ball get to his body. He snatches the ball out of the air. Isaiah has great ball skills. He can adjust to a throw and position himself to make great snags.

Isaiah also is great after the catch. This kid will hurt you if you don’t know how to break down and tackle. He doesn’t need a lot of juke moves to get it done either. Isaiah is a quick cut guy with the ball just like he is when he runs his routes. He also is very fast so he breaks aways and scores. He took a nice quick post almost 80 yards for a TD in the state championship last year against Brandon.

When you watch his film you will see a true playmaker. There’s a lot of receivers in the state who are good, but in a run heavy state you don’t see many put up a thousand yards. Spencer isn’t just a possession receiver or speedy receiver. He is a game changer. He can get you the first down or he can break open a big play to give your team momentum.

“I wasn’t expecting this one this fast, but I’m definitely excited. My entire family graduated from JSU so they definitely are high on my recruitment,” said Spencer. “I been working on getting bigger, faster and working on running more crispy routes with my trainer Mike Espy.”

Isaiah was very instrumental in helping Madison Central win their second state title last year. Spencer thinks they have a chance to repeat if they stay focused and not worry about the previous season.

“Last season was great. I think the team this year just needs to come in and don’t worry about what we did last year. That’s over and done with. Come in this summer with a mentality that we are going to go back to back, work hard in the summer, then buy into our coaches. Our coaches are great dudes and know the game of football very well.”