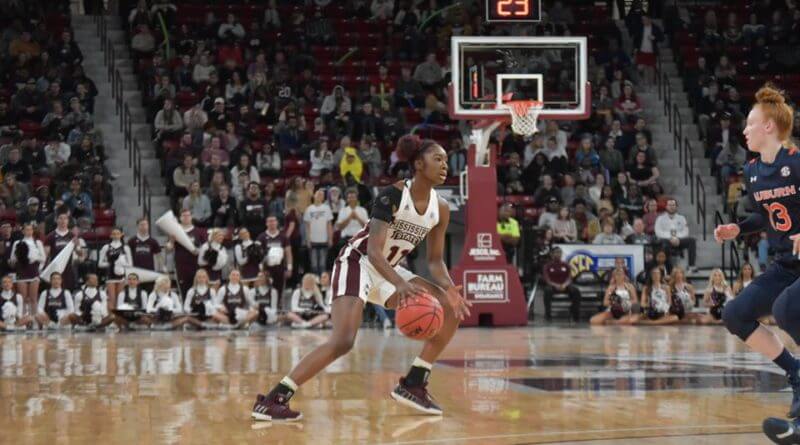 Mississippi State women’s basketball has been selected as one of four teams to compete in the 2020 Hall of Fame Women’s Challenge on November 28-29 at Mohegan Sun Arena, as announced by the Naismith Memorial Basketball Hall of Fame on Tuesday.

The Bulldogs open the tournament on Saturday with a matchup against Maine, while UConn and Quinnipiac make up the other side of the bracket. The winners of the two contests will play in the championship on Sunday, while the losing teams will compete in the third-place game. Game times and television details will be released at later date.

“I’m really excited to be a part of the Basketball Hall of Fame Women’s Challenge,” said head coach Nikki McCray-Penson. “I was a part of this event when I was at South Carolina, and I’m excited for the opportunity to be around basketball greatness and see that again. A lot of coaches I know, including my former head coach Pat Summitt, are in the Hall of Fame. Dawn Staley and a lot of my Olympic teammates have been inducted into the Hall as well. It’s where this all begins. We will be going up against some great competition in Maine, Quinnipiac and UConn. I’m really looking forward to the event.”

Mississippi State owns a 4-1 combined record all time against the field. The Bulldogs are a perfect 3-0 against Maine while boasting a 1-1 record against UConn. MSU and Quinnipiac have never met on the hardwood.

The Bulldogs and UConn are no strangers to each other. In 2017, Mississippi State completed one of the biggest wins in college basketball history, stunning the No. 1 ranked Huskies in a 66-64 overtime thriller to earn a bid to their first national championship game appearance. The victory snapped the Huskies’ record 111-game win streak and garnered State the 2017 ESPY for Best Upset.

In its first game of the tournament, State will face a very talented and experienced Maine team that features a veteran roster with five seniors, highlighted by Blanca Millan, the 2019 America East Player of the Year and Defensive Player of the Year as a junior. Last season, the guard averaged 18.2 points per game before going down with a season-ending injury six games into the campaign. The America East All-Conference trio of Anne Simon, Maeve Carroll and Dor Saar stepped up in Millan’s absence and will be back with the Black Bears next season. Simon was named the America East Rookie of the Year after averaging 13.0 points, 5.2 rebounds, 1.9 assists and 1.6 steals per game as a freshman.

In ESPN’s way-too-early Top 25 for the 2020-21 season, Mississippi State checked in at No. 3, and one spot behind the Bulldogs was fourth-ranked UConn. A perennial powerhouse, the Huskies lost their two best players from last season to the WNBA, but the program is bringing in the nation’s second-ranked signing class, highlighted by the top player in the country in point guard Paige Bueckers. Junior guard Evina Westbrook is also eligible to play this year after sitting out last season due to transfer rules. Westbrook averaged 14.9 points and 5.3 assists per game as a sophomore at Tennessee in 2018-19.

Quinnipiac returns its top scorer from last season in Shaq Edwards, who averaged 12.5 points per game while shooting 40 percent from the floor and 38 percent from beyond the arc. The senior guard will be joined by a pair of 2020 MAAC All-Rookie Team selections in Mikala Morris (9.7 ppg, 6.5 rpg) and Cur’Tiera Haywood (7.8 ppg, 3.7 rpg).

The Women’s Challenge is one event in the Hall of Fame’s series of collegiate events. Tickets will be available for purchase via the Mohegan Sun box office and Ticketmaster in September. Specially discounted two-day ticket packages will start at $25 and offer a savings of 30% or more off the single day rates.

As the health and safety of the athletes, fans and staff is of the utmost importance, the Basketball Hall of Fame will continue to monitor the COVID-19 situation closely in the coming months and provide updates as needed.