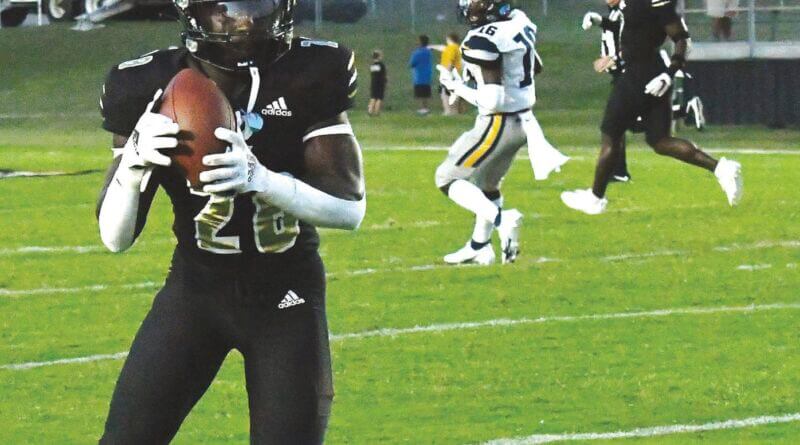 The home Tigers started off strong with an opening drive that spanned 15 plays over 73 yards and was capped off by a 23-yard touchdown pass from Kennique Bonner-Steward to Jakobi Jackson to take a 6-0 lead after a missed PAT.

It was not until the second quarter until Northeast found the end zone, but from there, they seized the momentum quickly in Clarksdale.

Cayden Betts got the Tigers their first lead on an eight-yard run to take a 7-6 advantage just under a minute into the frame.

Both defenses managed to halt offensive production for the rest of the quarter until Moore found Caleb Anderson over the middle for a 49-yard touchdown with 54 seconds remaining in the half to take a 14-6 lead into the locker room.

Northeast kept the momentum rolling out of the halftime break with a forced fumble on Coahoma’s first drive that resulted in a five play, 40 yard drive that was finished off with a 6-yard run from Moore to push the lead to 21-6.

Coahoma eventually found themselves back in the end zone near the end of the third quarter with a 25-yard pass from Bonner-Steward to Trell Millender to cut the lead to 21-14 after a successful two-point conversion.

After a missed field goal attempt by Northeast, Coahoma’s offense used their new-found momentum to march down the field on a eight play, 78-yard drive that was finished off by Bonner-Steward’s third touchdown pass of the night, which was caught by Trayvon Moore from 15 yards out, to give the Tigers an opportunity to tie the game.

However, the Northeast special teams unit came up with one of the biggest plays of the game by blocking the ensuing PAT to keep the lead at 21-20.

Coahoma seemed like they may win in exciting fashion by entering the red zone with under a minute to play, but the play that decided it belonged to Northeast’s Steven Edwards by intercepting a pass in the end zone to seal the victory.

Northeast is back in action next Thursday to celebrate Sophomore Night as they host the Holmes Community College Bulldogs in the final game of the regular season.