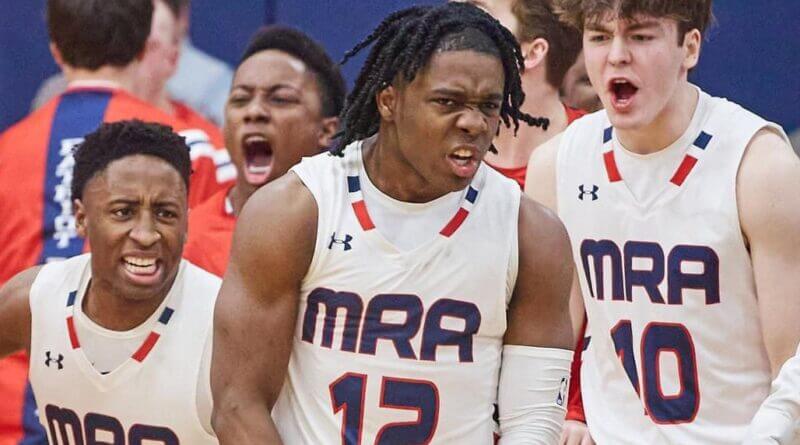 Josh Hubbard has been amazing in his high school career. The MRA (Madison-Ridgeland Academy) phenom recently picked up an offer from Georgetown University. Yes, a MS kid has an offer from the same school Allen Iverson was successful at.

Speaking of Allen Iverson, Hubbard puts me in the mind of Allen. A smaller guard that plays like he us 6’7″ with a lot of vertical.

Josh has 3,169 points in three years of basketball. Which is an MAIS record he earned as a junior. Truly amazing cause has another year to play. “As an 8th grader you don’t look into the future of breaking a record of all-time, but it definitely was a great experience,” said Hubbard in an interview earlier this year with The Sports Zone.

He also has recently received an offer from Kansas.

My first time seeing Josh play was at the Rumble of the South this past January at Mississippi College. I was nothing short of impressed. This kid can handle the ball well, he can get to the hole, create his own shot and my personal favorite, he has a mid range jumper. Something we don’t see a lot in our younger athletes. He also has a great 3 point shot and plays defense well. Last but not least he throws down BIG TIME YAMS that gets the crowds on their feet. He is one of the best overall basketball players in high school I have seen in a long time. I feel like he should definitely be ranked in the top 50 high school basketball players in the nation. I’m not the only one who feels that way either.

“Feels unreal for sure and I am grateful for the opportunity. I want kids in MS to know that it is possible to accomplish unimaginable things.” Josh told me earlier he thinks this will definitely open up more opportunities for basketball players with top talent in the nation.

Hubbard has all of things you want to see from a point guard. Especially communication. When he is on the floor he is being a general the whole time. Not just calling plays, but making everyone aware of their positions as well. You can tell he knows everybody’s assignments that he is on the court with. Communication and basketball IQ can take you along way. When you add in the amazing athletic ability you have the type of basketball player that Hubbard is.

“We never get to play the JPS schools. I was very excited to see our guys play this type of talent. Josh has been starting since the 8th. He understands how big chemistry is with the guys he has been playing the last five years with,” said Richard Duease speaking highly of his junior.

My buddy Demario Cistrunk has been speaking very highly of him as well. Coach Cistrunk has been following him for a long time in his AAU journey. He was the first person to introduce me to this kid’s game. From the first minute of his clip I was a fan.

Josh has swag his athleticism. He plays the game with a lot of fun.

“My favorite player is Damian Lilliard. We play alike is what I hear from a lot of people and I also agree with it.” What they are saying is correct. He has that same aggression that Lilliard brings to the game. He also creates his own shot like Damian can as well.

“I need to improve on ball handling and handling pressure dribbling,” is what Josh had to say about his needs for improvement. I’m shocked he feels even needs improving, but love that he wants to continue to get better. That’s a great fire to see in a kid. Never settling or being complacent.

Next season will be a big one for Josh, but you can catch him playing AAU ball all summer. This kid is dedicated to the game and loves it!