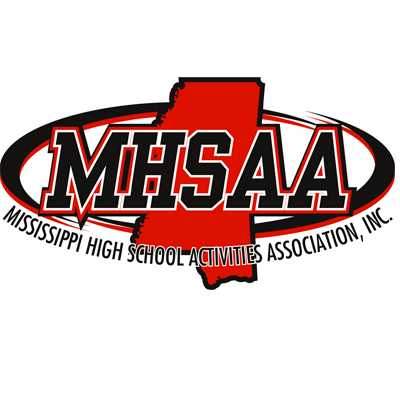 A lot of fans, journalists and coaches have been wondering what made this decision come along and how will we adjust to it. Some coaches are very concerned with the traveling. Reporters are concerned with the Little Caesar pizza getting too cold at the Big House if they add an additional four games.

“I have mixed reactions to it. I always support more teams having a chance to compete for championships, and I understand the concern of schools that were competing in 6A against schools with 700-800 more students enrolled. My main concern and how it will effect Neshoba is that we’re on a 6A island, and we’re going to end up in a district with schools 2 – 3 hour bus rides away with games twice a week,” was Coach Broom’s take on it (Neshoba Central Girls basketball head coach).

From the early predictions it seems you may have schools like Columbus High and Callaway in the same division. That means another three hour drive for games. Division games are only scheduled once during football season, but that will have a major impact on the other sports. The same could happen with schools like Meridian and Harrison Central being in the same division.

Tyler Cleveland stated that it was unfair to have teams like Grenada with a thousand students give or take in the same division with Tupelo.

Tupelo has over almost a thousand more students than Grenada. Some think the answer would be to just consider reclassification.

They figure it would be better to drop some of the smaller schools back down to 5A, so forth and so on. However from early predictions it seems 6 and 7A may still have a big difference of students. At least by seven or eight hundred students.

When it comes down to competitiveness some people feel it will level out the playing field. I saw on Twitter where a fan said he thinks adding a 7th classification will “tighten up the difference” so that competition will be better in each classification.

Robbie Faulk asked an amazing question via Twitter. “So what do we do with the 200+ teams in 1A? How is that fair and why is it just the few teams in the bottom of 6A that are getting considered?”

That is a great question. Now you will add more schools to an already over saturated classification.

“It really won’t affect us any. We will still probably have to play the same or similar schedule. Maybe I will have a better answer when more details come out,” was Coach Jones response. He is the head football coach of Starkville High. I think most football coaches will have the same response. During football season you have games on Friday night. So there isn’t a concern of kids getting back to school too late on a school night. That won’t be the case for other sports.

“I think it evens the playing field for some of the schools that were at the bottom of each classification in terms of enrollment. I think it’s some good to it,” was Coach Woodie Howard’s response to the new addition. He is the head boys basketball coach at Starkville High.

Some fans feel it is a plan just to make more money. Not saying it in a bad way, but that will add more playoff games. Especially when it comes to basketball. More playoff games brings in more revenue.

“I’m torn. I think ultimately it is about money. An additional classification of playoffs and championships. It kind of waters things down. Just look at the other states with seven classifications. The whole number of students argument sounds good on paper, but that’s bogus,” was the response of a superintendent who would like to remain unanimous.

Another major concern is the shortage of referees. Why add another classification with more games to officiate with a lack of officials already being a problem? That has been a good question surfacing since yesterday as well. Last season some games were canceled due to the shortage

“To be honest, I haven’t thought too much about it. I knew we were staying in 4A and I knew our district would possibly change a little. For me, the goal will remain the same and that is to properly prepare to win against each opponent we’re scheduled to play.” That was the response of Coach Julius Bridges, head baseball coach at Moss Point High. If I was a coach that would be my same approach. You just have to improvise, adapt and overcome. However I work at AutoZone and type on a phone for a living. My approach isn’t important.

“I understand why the MHSAA made the decision. I’m not sure if it helps the actual balance. I think the same schools will be winning championships, but I do think it evens the playing field before the 2023-24 season starts. Most other states in the south have 7 levels so it’s a good idea to be on the same scale,” was a response from another reporter.

Overall right now everybody is just guessing, giving opinions and wondering what will happen. As far as the numbers and how they will breakdown nobody knows anything for sure yet. I like the idea of it, but again my opinion is small. My outlook on it is that it can be good to put us in the same sentence as Texas and Alabama. Not numbers wise, but talent wise. If that makes sense. When I look at other states with seven classifications I see top athletes all over. I think it would be great to put our Magnolia State in that same sentence. I’m confident that the MHSAA will do everything in their power to make this work for us all.