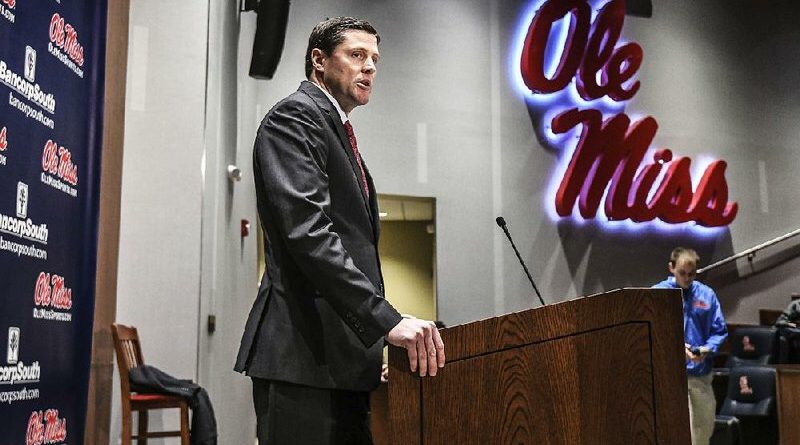 The news has spread, and it’s been made official. Matt Luke will not return as head coach for the 2020 season, and a search is underway to find the new headman for the Rebels football program.

Athletic Director Keith Carter has promised to move quickly and efficiently in the search. With Early Signing Day approaching in a little over two weeks, the athletic department must find their guy before any hope for this class is completely lost.

But, this begs the following question: who is that man? Who is the coach to hopefully lead the programs back to the heights of Houston Nutt’s first two seasons (thanks, Orgeron) or Hugh Freeze’s Sugar Bowl winning team (without sanctions this time, please)?

Below, every possible candidate, both heavily reported and the slightest of rumors, will be listed and updated as this search continues.

This seems to be the guy most fans are dreaming of; along with this, sources confirm to Mississippi Sports this is the man that Ole Miss is “full-court pressing” at the moment. Why wouldn’t they? He has taken a program that Justin Fuente helped bring to relevancy and pushed them even further into the spotlight. Norvell sports a 37-15 overall record as a head coach (all with Memphis) and has lead the Tigers to three straight AAC West championships. The success, recruiting, and year-to-year improvement is there for a coach leading a program that was a football afterthought a decade ago. With a win on Saturday against Cincinnati, he will inevitably have the Tigers playing in their first New Year’s Six Bowl in the CFP era. Rumors suggest that if Norvell does leave, it is either the Rebels or Florida State that will poach him. It is understandable that this is the man the university has focused in on first.

This is a hire that is not being talked about greatly but is one that seems would be popular with a lot of the Rebel faithful. It is completely understandable why. This is a coach who has won at both Texas Tech and Washington State consistently, both of which for a long time not seen as competitive football programs. He does it with an Air Raid offense that would fit quarterback Matt Corral, receivers Elijah Moore and Braylon Sanders, and even star running back Jerrion Ealy, who is often lined up out wide in passing situations. Along this all of this, his brash and sometimes unorthodox personality and press conference answers would be accepted much better here than in the State of Washington. A plane was detected as landing in Spokane, Washington from Oxford, which has fueled this rumor even more.

This is a hire that many Rebel fans have heard as a possibility but do not know much about its ramifications. Napier was the man rumored to be replacing Joe Moorhead if a loss in the Egg Bowl would have taken place for Mississippi State. There is good reason why that was going to be the Bulldogs hire. A former graduate assistant at Clemson, Napier has also been an offensive analysts and wide receiver coach under Nick Saban at Alabama. Along with this, he sports a 17-9 record as a head coach in two years with ULL. This season, he has his Ragin’ Cajuns sitting at 10-2 overall and playing for a Sun Belt Conference Championship on Saturday. A man with great experience under maybe the best coach in college football history, leading a usually average football program to a Group of 5 Conference Championship will not be a splash hire to many. However, it may be close to Norvell for the most solid hire on this list.

Okay, this one is one of the more likely to not be happening on this list. However, that has not stopped many Rebel fans from pinpointing the former USC, Tennessee, and Oakland Raider head coach as the next man to lead the Ole Miss football program. Kiffin’s history does not have to be explained to most. A few years in the NFL not going his way, a one-year trip to Knoxville, and leaving to Southern California with controversy and hatred from plenty of Volunteers following him is this gentleman’s backstory. After being ousted as head coach of the Trojans, he helped modernize the Alabama offense into the juggernaut it is today. No one can deny that Kiffin may be an offensive genius but many question his ability for sustained success. His Raiders tenure was a mitigated disaster. He barely stepped foot in Tennessee before bolting for USC. With the Trojans, he had one 10-win season in four years for a program that is expected to contend for conference and national championships yearly. FAU has found him success but against what quality of competition? This hire, if it comes to fruition, would be one of the more controversial the Rebels could make.

A possible hire that came out of left field, Harsin has been discussed as a possibility to taking a meeting with Ole Miss should they call. If he is pursued, it is easy to see why. He has taken what Chris Peterson built up with the Broncos for years and kept the consistency there. He has held this program steady as a year-in, year-our NY6 bowl contender, which is realistically the best Boise State can do. He has won at least ten games in five of his year six years residing in Boise, Idaho. Along with that, he coached one season at Arkansas State, where we know Ole Miss does not mind hiring from (*coughs* Freeze *coughs*). Some may be concerned that he has only appeared in one major bowl and lost at least two games against MWC competitions every season besides the 2019 campaign, but I think this could be an outstanding hire if the Rebels offer it to him.

Again, another name that has been rumored to be brought in for an interview, Scott seems to be the only non-head coach being connected to the opening. However, there is good reason why some speculate the university may look his way. He has been employed by Clemson since 2008 as a receivers coach, where he has helped develop NFL players like DeAndre Hopkins, Sammy Watkins, and Hunter Renfroe and budding draft picks like Justyn Ross. Besides that, he has been one of the offensive coordinators for Swinney since the 2015 season. He has helped lead dynamic offenses that won two national championships and overseen developments of other big-time players, such as Deshaun Watson, Wayne Gallman Jr., Travis Etienne, and Trevor Lawrence. While he would be gaining his first head-coaching experience on the fly, the Rebel offense could reach heights even greater than 2015’s offensive group.

Another prospect out of left field, Healy has a very small resume to tout and is one of the youngest head coaches in all of college football. He spent three years at Austin Peay, where he took a Governors team that had one win in the four prior years and led them to a 8-4 season in his second year. After a 5-6 campaign in 2018, he became the coach of the Charlotte 49ers. He has posted a 7-5 record this season and will be going to a bowl in a few weeks. This is the name on this list where most fans will ask “who and why?”

A new name has been thrown in the ring. Just a few hours prior, Brad Logan on Twitter reported that Fedora’s name was thrown into the discussion by the university for the head coaching percentage. Fedora is well known in this area for guiding Southern Miss to a Conference USA championship in the 2011 season. After four seasons in Hattiesburg, he bolted to Chapel Hill to coach the North Carolina Tar Heels. His first five seasons included four bowl appearances and one ACC Coastal division title. However, his final two years turned bad with a combined 5-18 record before being outed at the end of last season. This is a hire that could have a lot of upside if he replicates his winning seasons. However, Fedora has shown for his low seasons to hit rock bottom.