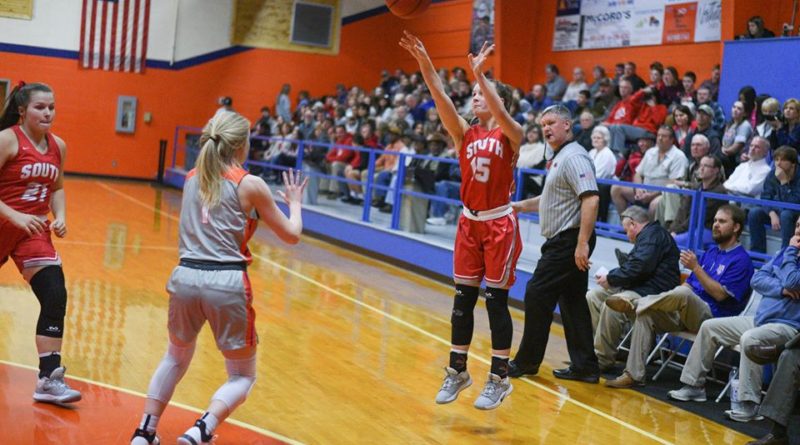 Ecru– (Girls) South Pontotoc raced out to an early lead on the road against in county rival North on Tuesday and cruised to a convicing 49-35 victory.

The Lady Cougars held a double digit lead from midway through the 2nd quarter and didn’t relinquish it, taking a 23-11 lead into the half thanks to nine first half points from Rebekah Pilcher.

Pilcher would go on to score a team high 15 points for South, while Sydney Brazil contributed 13. Maddie Guerin led the Lady Vikings with 17 points.

(Boys) In the nightcap, the Cougars won a tight contest over the host Vikings by a final score of 63-60.