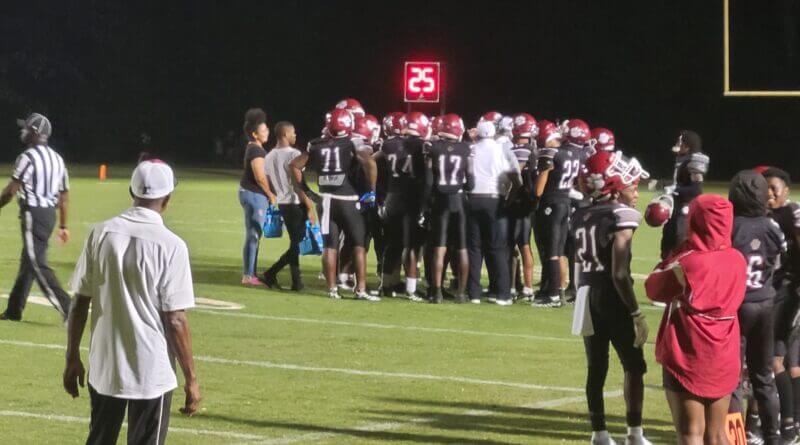 It took Louisville all of twenty three minutes to score, but better late than never. Hunt completed a TD pass to Victor Rush inside the five yard line with less than thirty seconds on the clock. They defeated Grenada today 7-0 in a good defensive show down.

“I wanted to take my time and be patient,” said Hunt describing their TD play to win the game. “I knew I had to just read the field that whole drive and it worked out.”

After a long game of no scoring Louisville finally gave us fans a touchdown. Hunt was perfect on that series making throws on the run and standing tall in the pocket. Key Jackson made some clutch catches and Jaden Triplett added in some nice rushes.

“We’re feeling good about next week,” said Gabriel Moore. “We were able to come out tonight and see the things we need to fix this week.”

Their defense stepped up for them when it really mattered tonight. They had a couple of turnovers. One was an interception that put the ball back in their sophomore hands, allowing their offense to win the game for them.

“We got to have our minds right,” said Coach Shorter talking to his team after the game. “I promise you we will have a great game plan for you next week. We got to win the trenches next week. We got to take advantage of the the opportunities to make the plays we got to make and it’s not going to be many plays. But when we get those opportunities we have to make those plays. If we have to punt the ball fine. We got to be good on all three phases of the game next week.”