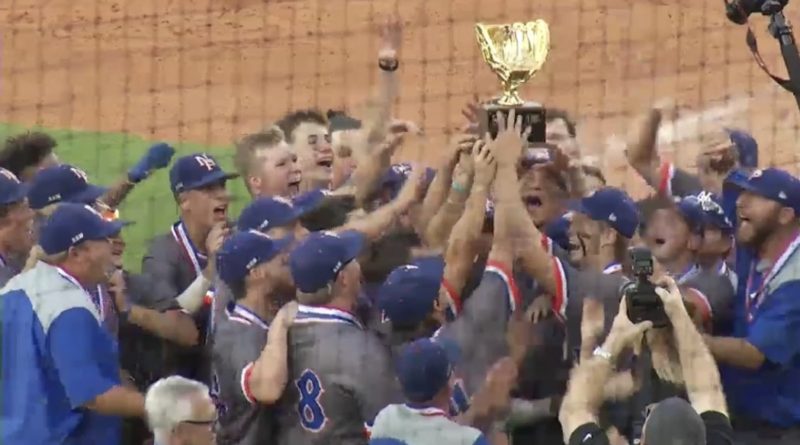 The North Pontotoc Vikings have clinched their first ever state title in sweeping fashion over Magee.

The Vikings got a run rule 12-2 victory on Wednesday behind Ty Roberson’s 6 RBI night. Bo Howell and Kaden Wilson contributed multiple hits. Jake Reeder got the win on the mound, giving up only 2 hits and stringing out 5.

In game two, the Vikings won behind an efficiently stellar pitching performance from James Clay McGregor, who threw only 59 pitches in the wining effort. The difference in the game boiled down to defense. The Vikings played outstanding defense while the Trojans of Magee gave up 5 runs on costly errors. North Pontotoc also got big RBI in the 7th inning from Hence Hooper, Braxton Suddoth and Ethan Dyer for the 9-1 win.