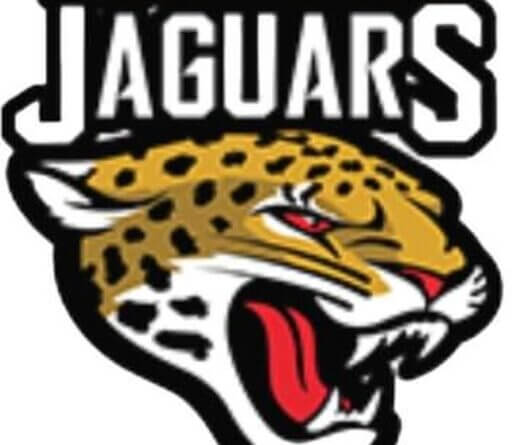 Terrance Hibbler Jr is a man amongst boys when he lines up. This kid is 6’3″ 305 pounds. He is a 2024 nose guard out of Holmes County Central School.

It’s not easy to block Hibbler. This is a whole lot of nose guard lining up in the heart of your offense every play. He is a plug in the middle of the field during the running game. He is a strong guy that can move. A lot of plays he is causing corruption before the running back gets the ball. When he gets his hands on a lineman he is automatically in control. He shoots his hands very well and rips away with ease when it is time to make a tackle.

Hibbler also helps out in the pass rush. He doesn’t overrun quarterbacks. He knows how to bring pressure up the middle and allow the rushers on the edge to make the QB step up. When QBs step up he is right there to smack them in the face. He has the athletic ability to chase QBs and run them to the edge as well. Hibbler is quick on the stunts and doesn’t get in the linebackers way.

When you watch his film you can’t help but be impressed. Hibbler is a D1 guy that will get a lot of offers soon. He is just one of those guys you automatically know will be a major name. This is a SEC caliber lineman that will play on Saturdays. Hibbler isn’t out of shape. This kid has good size and can move. If he stays around 290-305lbs with a good work ethic he will be a beast on the next level.

He sometimes can come off the ball high. He was a sophomore last year so this year that will happen a lot less. If he continues to be a guy who stays low with a good center of gravity it will be hard for teams to make plays in the middle. On his film there are times where he is winning of pure strength, but his release is high. On the next level there will be linemen his size that can handle his strength and will drive him to linebackers. Hibbler is a hard worker so this summer he will he working to perfect everything he needs to work on.

Jalandyn Humphrey is a guy QBs don’t want to see coming off the edge. He looks like Michael Myers in full speed coming at you. This kid is 6’3″ 235lbs and is a monster. He may be an inch taller at 6’4″.

Jalandyn is a great pass rusher. This kid has some moves in his back pocket. I love the way he sets offensive linemen up exactly how he wants them. He is a true magician and knows how to get to the QB. He has been very impressive in camps this summer.

Watching his film you can see all of the skills he has. The kid does a great job of shooting his hands and owning his opponents. He has great speed and can run right by an offensive lineman who isn’t prepared for his quickness. He can bull rush his opponent if they come off too weak. He can chase down running backs who don’t cut up field quick enough. He is great in open space and doesn’t miss many tackles. When the play goes away he doesn’t run up field leaving space for the cut back. This is a very disciplined kid who will play on Saturdays. He currently holds offers from Grambling, Alcorn, Austin Peay and several junior colleges.

Humphrey will get more dangerous the faster he gets. It would be good to see him work on his speed this summer. He is already a kid that can move, but I think he can be a major force with more speed and size. Those things will continue to come.

Joseph Head is a 6’4″ 225lb defensive end who is rocking heads for the Jaguars. This 2023 athlete doesn’t shy away from contact at all and isn’t easy to block. He has been making noise all off-season at several different camps.

Head is a long guy who has no problem getting a rush off the edge. He can use his length to keep defenders off of him to get to the QB. He has a quick first step that most offensive linemen aren’t ready for. You can tell he has come good training when he is using his moves to get off blocks.

Head is also a big help in their rush defense. He is never out of assignment. Watching his film you can see where he is punishing opponents that are trying to block him. He also is a guy who plays very disciplined. When the play goes away he uses everyday fundamentals and is right there to crush a running back to cut back

I think he has a chance to be an OLB on the next level. He is a guy that can possibly learn to play standing up on the edge and stepping back as a backer. He is very athletic and is in great shape. Head is easily ranked in the top 20 best players across the whole state of Mississippi.

Artavion Terry is another guy that will anchor the middle of their defensive line. He is a 6’3″ 311lb defensive tackle. Kid can move with the best of them and is a force in their rushing defense.

He’s very athletic and can get off blocks very well. He doesn’t have much film, but he is a guy you want to keep up with this year. He has lost a lot of weight since last season and the first year starter will definitely make a name for himself this year.

Holmes County Central has one of the best defensive lines in the state. Some would probably say the best.