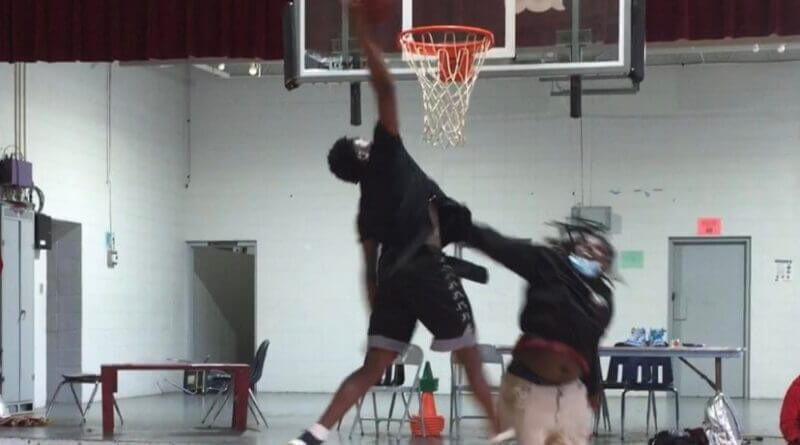 Ayden Coleman is a 2027 kid who will gain a lot of attention very soon. He is 6-3 180 at only 14 years old. Kid is very athletic and strong. He is from Louisville where studs like this appear all the time. It’s just about making sure their name gets out there. Ayden Coleman is a kid that needs to have his name out there.

Ayden is lights out amongst his peers and some kids older. When he lines up at running back he just dominates everybody and picks up yards on his own. It’s like he can tell the offensive linemen to get out of his way and let him get the job done. At 6-3 he is much taller than the opponents he lines up against on the island. He is just out there making all kinds of plays. Kid is snatching balls out of the air and taking off for the touchdowns. He’s a bully already. He also is dunking in basketball. It’s just amazing to see kids like him come across.

He has a lot of growing to do. That may sound crazy, but it is true. Kid has the potential to be a 6-5 250 pound kid by the time he is a senior. That makes it hard to determine what will be his future position. I think he is going to be a guy that plays on the edge. With his athleticism he can easily be taught to play defensive end and outside linebacker. Kid is very aggressive and loves contact. He can process information quickly and he is very coachable. I think he will grow to be an edge guy. Somebody that will bring a lot of quickness, strength and athleticism to the edge. A guy that can get a sack one play and catch an interception while taking it back 60 yards the next play. He is just that versatile.

Kid is very young so let’s not get into too many predictions. Right now it’s just easy to see his a true stud that needs to be talked about. There are kids getting offers at early ages all the time. He is one that is deserving of that same privilege. Invite him to your summer camps so you can see how talented he truly is. I would be surprised if he gets his first D1 offer soon.