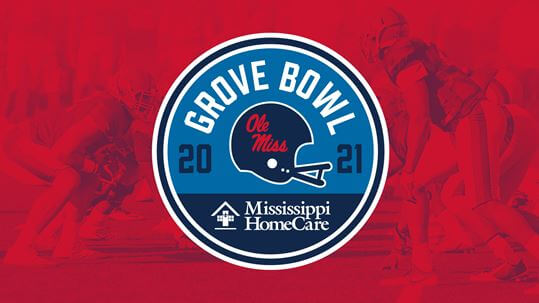 Along with the beginning of spring practice, the Ole Miss Football program announced the official date for the 2021 Grove Bowl, which is the Rebels’ annual spring game.

The game will take place on April 24 at 4 p.m. inside Vaught-Hemingway Stadium.

Last year’s game did not take place due to COVID-19 precautions, which also axed most of spring practice.

Because of this, the 2021 Grove Bowl will serve as second-year coach Lane Kiffin’s first spring with the Rebels.

The weekend is filled with other events, such as home baseball and softball series with LSU and Auburn, respectively.

Attendance plans and other festivities will be announced “in the weeks ahead,” according to Ole Miss.