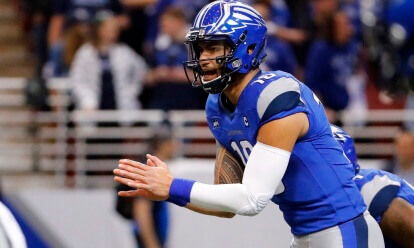 The former Ole Miss product had a very successful shortened stint in the XFL re-debut season, and it has paid off for him as he now enters the NFL.

Ta’amu will look to compete for the third-string position behind Henne and possibly the backup position with a good training camp.

Contract details will be added as it comes available.