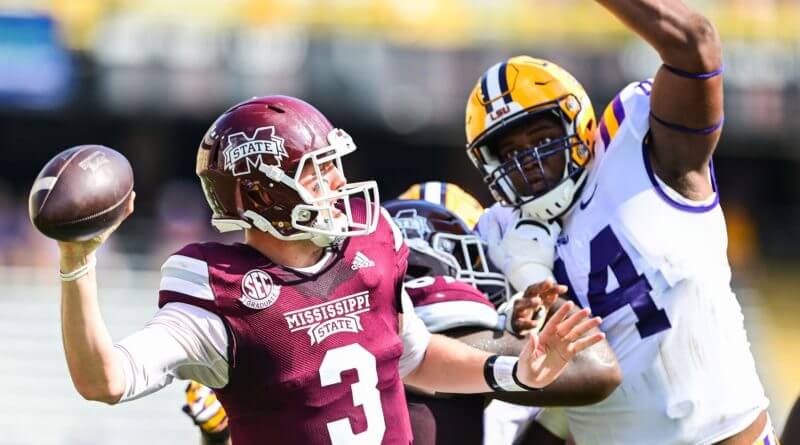 The Air Raid won’t work in the SEC. There are too many athletes on defense. Those video game numbers won’t come to fruition in the best conference in America.

Mike Leach heard these things. Everyone heard them. A longer than normal offseason was filled with them.

The Bulldog faithful were optimistic. KJ Costello was going to be an upgrade at quarterback. And, of course, Coach Leach has won everywhere he has been.

The early returns are in. The SEC has officially been air raided.

Leach, led by a record shattering performance from Costello and a host of receivers, took out the 6th ranked defending national champion LSU Tigers in convincing fashion on the road 44-34 to start the 2020 season. Truth be told, the score wasn’t even that close.

Costello threw for an SEC record 623 yards and five touchdowns, led by Osirus Mitchell with 183 yards and a pair of scores.

Kylin Hill put put 192 total yards and score, doing most of his damage in space.

As for the Pirate? His sense of humor made it’s way to the SEC as well.