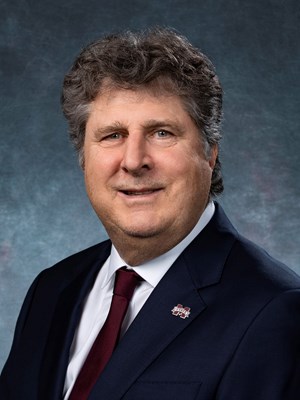 Following a hard-fought contest against the Auburn Tigers last Saturday, the Mississippi State Bulldogs are gearing up for the regular season finale against Missouri Saturday.

The Bulldogs (2-7) lost 24-10. However, that did not keep Auburn (6-4) from firing head coach Gus Malzahn earlier this week.
Bulldog head coach Mike Leach sat down for his weekly press conference and said the team has good energy and is keeping focused.

On top of preparing for Saturday’s game, the coaching staff was on the phone recruiting. Mississippi State signed 19 players during the early signing period.

“That’s the one thing I’ve been proud of with these guys is we’ve played really hard. In varying degrees, some teams have more people that can participate than others, but I thought our guys played hard and played hard to the end of, certainly the last – oh I’d have to add it up – at least three games we’ve played, maybe four,” Leach said.

Senior linebacker Erroll Thompson made his 300th tackle of his career, the first Bulldog to reach the milestone since Mario Haggan (1992-2002, 359). Thompson finished the night with a team high 11 tackles to go to 302 for his career.

Leach spoke about Missouri. “ML: Well, I think they’re good, both sides of the ball. They’re aggressive on both sides of the ball. They have kind of an aggressive run game on offense. You know, defensively they put a heavy front up there the whole time. They like to play man coverage and try to be physical about it. It’s not a situation where they’re trying to fool you. They’re pretty aggressive, and they’re right out there and in your face,” he said.

Saturday’s game against Missouri will air on SEC Alternate at 2:30 p.m. CST from Davis Wade Stadium in Starkville.