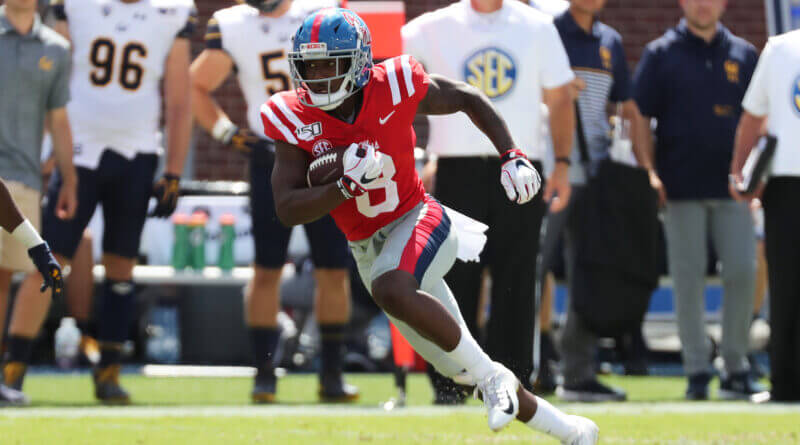 In a move that many weren’t expecting, Biletnikoff Award nominee and star wide receiver Elijah Moore announced on Thursday he has played his final game as an Ole Miss Rebel.

Moore announced his intentions on Twitter to prepare for the 2021 NFL Draft while thanking his coaches, teammates, and family.

While some speculated his status in a possible bowl game, it comes as quite a shock that Moore opted out before the Rebels’ final game of the year against the rival LSU Tigers.

Moore finishes his Rebel career with 189 receptions for 2,441 yards and 16 touchdowns.

Moore currently grades by many as a late Day Two to Day Three pick in the 2021 NFL Draft.