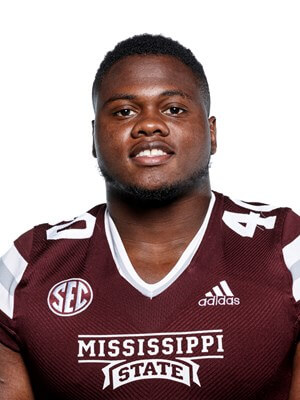 Mississippi State football returns home after a month on the road and after last week’s unexpected open date to host SEC foe Auburn Tigers at 6:30 p.m. tonight on the SEC Network.

Auburn (5-4) is coming off back-to-back losses to Alabama and Texas A&M. The Tigers started the season ranked No. 8 and moved to No. 7 where they lost to then No. 4 Georgia. Auburn fell to No. 22 and then lost to No. 1 Alabama which saw their rankings come to an end.

MSU head coach Mike Leach still maintains the team is positive about its improvement throughout the season in his weekly press conference. “We’ve been generally positive the whole time. Yes, we have had reduced numbers, but I don’t think that’s really diminished our desire to play. It’s diminished some of our advantage perhaps, but not our desire to play and improve our skills. I think we have a pretty good nucleus of guys that way,” Leach said.

The 20 seniors will also be recognized tonight. The seniors have seen their share of action but it has been the play of the freshmen and sophomores who have carried the team this year. Leach spoke about senior linebacker Erroll Thompson who has 26 tackles, two sacks and an interception this season. Leach talked about how difficult it is to know who will be available each game with internal and external issues.

“With all the things going on this year, there’s plenty of forces trying to make it as joyless as possible. You try to lock into your day job and what you’re doing on an individual level with the players and see how much you can elevate them and their abilities,” he said.

However, the freshmen and sophomores have preferred admirably and broken a few team records. Leach was asked about playing with low numbers. The Bulldogs went into Athens, Ga. With 43 scholarship players. Leach said they will not get better unless they play.

“But we got better as a team. I’m disappointed we didn’t win, and it was there. It was right in our hands. We could have won that. I think we should have won it. We definitely got better that week, and we improved that week. I was really proud of the effort of our guys, probably as proud as I’ve been of any team I’ve ever coached,” Leach said.

“This is going to be a unique year no matter what happens. I think whatever time we do have. We need to utilize it to get as good as we possibly can,” Leach added.

Mississippi State will finish the regular season at home against Missouri Sat., Dec. 19. This game was rescheduled from Dec. 5 when Missouri played a make up game due to Covid.