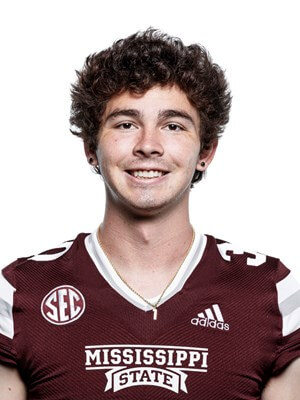 The Mississippi State football team finished the regular season on a high note with a 51-32 win over the Missouri Tigers.
Despite only having won three games this season, the Bulldogs may just receive an invitation to a bowl game this year. The selection show will start at 5 p.m. Sunday, Dec. 20. MSU is projected to receive an invitation to the Birmingham Bowl against San Jose State on Jan. 1.

The Bulldogs scored their largest amount of points this season behind 446 total offensive yards. The Bulldogs threw for 295 yards and rushed for 151 yards to give the Air Raid offense some help.

Jo’quavious Marks, true freshman running back, led the rushing attack with 70 yards and one touchdown. Dillon Johnson followed with 47 yards.

Freshman quarterback Will Rogers completed 21 of 36 pass attempts for 295 yards and three touchdowns. Jaden Walley was the leading receiver with five catches for 129 yards and one seven-yard reception from Rogers in the first quarter.

Also scoring the first touchdown in the first quarter for the Bulldogs was Paul Blackwell on a fumble recovery in the end zone.

In the second quarter, Osirus Mitchell scored on a seven-yard pass from Rogers. Mitchell ended the game with 44 yards on five receptions.

Marks scored on a one-yard run in the third quarter. In the fourth quarter, Brad Cumbest scored on a 10-yard pass from Rogers.