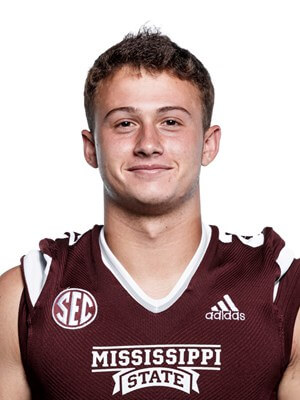 The Mississippi State Bulldogs were selected to participate in the Armed Forces Board in Ft. Worth, Texas, on Dec. 31.

This is the 11th straight bowl bid the Bulldogs (3-7) have received. MSU will face No. 24 Tulsa Golden Hurricane (6-2 overall, 6-0 AAC) at 11 a.m. CST at Amon G. Carter Stadium. Tulsa finished as the runner up in the American Athletic Conference.

The game will be televised on ESPN. Ticket information will be released when available.
MSU is making its 24th all-time bowl appearance but this is the Bulldogs’ first in the Lockheed Martin Armed Forces Bowl. The Dogs are 13-10 in bowl games.

“We are excited to have Mississippi State and Tulsa playing in the Lockheed Martin Armed Forces Bowl this year,” Executive Director Brant Ringler said. “This year has been challenging for players, coaches and fans alike and we are happy to be able to close out the year by celebrating college football with this matchup in Fort Worth.”