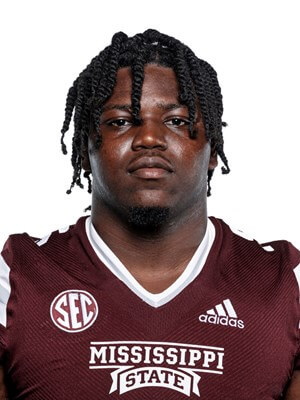 Brawl breaks out at end of game

Mississippi State upset No. 24 Tulsa so bad in the Armed Forces Bowl that they started a brawl after the handshakes were exchanged. Both teams rushed the field where kicks and fists were exchanged.

Bulldog head coach Mike Leach said he did not know what the fight was concerning but he will tell the team not to do it again. “It’s dumb,” Leach said. Leach also said they have not had any trouble like that after any of the other game this season.

The news was reporting there was taunts exchanged during pregame warm-ups. Watching the film, sportscasters were saying there may be some criminal charges filed as some helmets were removed and some players were stomped on.
In the game, the Bulldogs put an exclamation point on the 2020 season with a 28-26 bowl game win over No. 24 Tulsa in the Lockheed Armed Forces Bowl in Fort Worth, Texas.

After Tulsa scored with 1:23 left in the game to pull within two, the Dawgs were able to recover the onside kick and take a knee on the final two plays to run out the clock.

Tulsa was not pleased with the outcome and a major brawl broke out on the field as both teams were kicking and throwing punches.

Playing nine SEC games and facing numerous ranked teams through the season paid off for the Bulldogs as they put together a hard-fought effort and held off the Golden Hurricane.

MSU took a 7-6 lead into halftime and maintained the lead throughout. The Bulldogs scored on a 28-yard rushing touchdown by Jo’quavious Marks with 1:19 gone off the clock.

Lideatrick Griffin returned the opening kickoff 53-yards to set the Bulldogs up with excellent field position.
Tulsa scored on two field goals to pull within one point.

In the third quarter, quarterback Will Rogers scrambled for a 13-yard touchdown run and a Brandon Ruiz PAT gave the Dogs a 14-6 lead. Tulsa answered to cut the score 14-13 on a 14-yard run.

Tulsa forced a turnover on downs and then Bulldogs repaid the favor as Emmanuel Forbes intercepted a pass and returned it 90 yards for a touchdown to lead 21-13 with 3:29 left in the third quarter.

MSU scored on a 13-yard pass from Rogers to Lideatrick Griffin for the 28-19 lead.

Tyrus Wheat intercepted a Tulsa pass to stop a drive late in the game but Tulsa got the ball back and scored with 1:23 left in the game.

Tulsa led in total yards with 484 to MSU’s 271 but the Bulldogs led where it was most important. Rogers completed 19 passes for 148 yards and one touchdown.