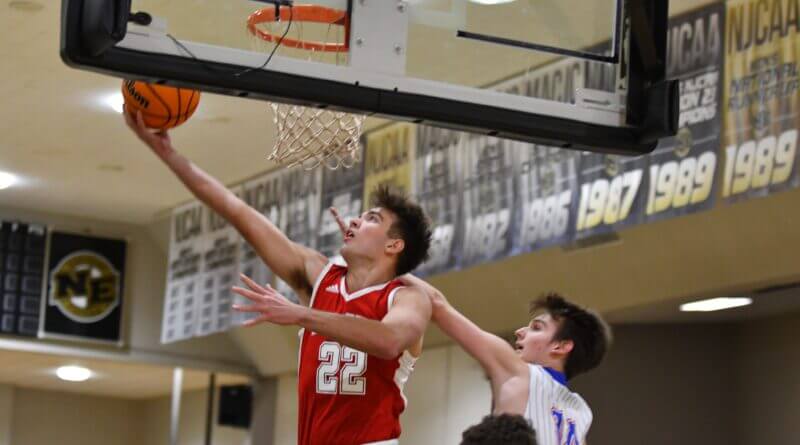 New Site and Ingomar squared off in a premier boys matchup on Tuesday at the Gerald Snider Classic, taking the hardwood at NEMCC in Booneville as the #1 ranked team in their respective classification in the state.

The Royals of New Site came away with a hard fought 60-52 win against the defending 1A champs.

New Site led at the end of every quarter, building a 10-5 first quarter lead behind the strong play of Junior Joel Barber, who put up eight points in the opening frame.

“I thought Joel was aggressive in the first quarter, and that helped set the pace for the game,” New Site coach Rick Howell said of Barber’s play early.

The tone set in the opening period would carry over throughout the contest.

New Site won the turnover battle, on the boards and on second chance points which are areas which Ingomar typically controls but which the Royals would not be denied in their marquee matchup.

Ingomar would take the lead early in the second quarter behind an 8-2 run, but New Site would immediately answer back for a 23-18 halftime advantage and not trail again in the contest.

New Site would close the third quarter out on a 12-4 run accentuated by a Colton Fitzsimmons buzzer beater to take a 42-29 lead into the final frame.

Ingomar would battle back to within four late in the fourth but New Site was able to close the game out at the free throw line.