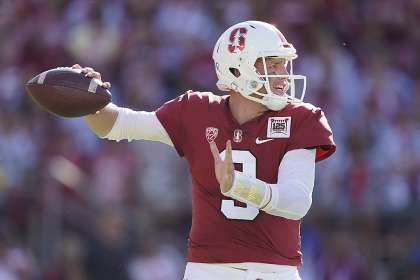 It’s been quite the offseason for the Mississippi State Bulldogs.

After landing Mike Leach to be the new head coach, the Bullodogs were actively looking for options to implement the Air Raid offense that Leach will bring to Starkville.

The Bulldogs have gotten a committment from Stanford grad transfer KJ Costello.

Costello has thrown for 49 touchdowns and over 6,100 yards in his career and was highly coveted once he entered the transfer portal.

Costello had a stellar season in 2018 but injuries limited him in 2019 as he only appeared in 5 games.

Leach reportedly told Costello if he came to Mississippi State he would lead the country in passing yards, a pledge he similarly made to Mississippi product Gardner Minshew before bringing him to Washington State.